TPCi has announced PTCGO’s server is undergoing maintenance to prepare for an infrastructure upgrade. This upgrade will allow accounts to migrate to Pokemon TCG Live. 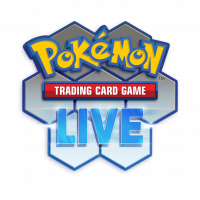 On January 11, 2022 the Pokémon TCG Online game client and server were put into maintenance so that infrastructure upgrades could be applied to support account migration for the upcoming Pokémon TCG Live app. No player-facing changes were made during this maintenance.

Tournaments will remain inactive until ~1:15pm PST while we insure that the influx of logins following the end of maintenance does cause stability issues with the game server.

There has been no news about Pokemon TCG Live since its delay was announced in November. This could be an indication the app’s release is on the horizon.

The app was originally going to launch with November’s Fusion Strike set. It’s probably not inconceivable to think the app will launch by February 25th’s Brilliant Stars set.