Hello to all Pokébeach readers! Here’s Gabriel again with another Pokémon TCG article for you. This time I’m bringing some information and speculations about problems for the metagame of the future but which can be understood and fought with solutions from the past.

To leave the philosophical part aside a bit and be clearer, for the last few weeks I’ve been doing some tests with Fusion Strike, focusing on the amazing new Mew VMAX / Genesect V (MewGen) deck. Amazing is the word that defines my current perception of the deck, as I’ve never played a deck this strong before…

My astonishment, which increased the more I played with the deck, lead to me realizing that to combat this strong archetype a hard counter would be necessary. This hard counter is Eternatus VMAX; a deck that has just experienced its worst time in the Sword & Shield to Evolution Skies (SSH-EVS) format, but now it can triumphantly return from retirement in this new metagame that we will experience with the arrival of Fusion Strike.

I am writing this article days before the launch of the new set and I know that in some regions of the world, including Brazil, there will be a delay for the arrival of the new set for about two weeks. The good part is that although we don’t have the long-awaited Pokémon TCG Live yet (which was also delayed, due to release in 2022), the new set will be released on November 12 on Pokémon TCG Online. In a way, these events helped me to think about the subject of my article today, as my goal is to bring content that is useful both for players who already have their minds on Fusion Strike and also for players who will have to wait for a little while.

Eternatus VMAX will be the deck that I bring today in the article, but the reason for writing about it is completely related to the threat of MewGen looming. I’ll talk about the impact this deck is likely to have on the format, and why I see Eternatus VMAX as the best answer to combat it. I like to find options with cards that we already have in the format as I know from experience that there is a difficulty, especially at the beginning, for some players to get new cards both in Pokémon TCG Online and in real life, so if you have your Eternatus VMAX sitting there, maybe it’s time to go back to using them.

Since last week I’ve been testing MewGen, the new deck that hits the metagame with the Fusion Strike set, and I can say it’s one of the strongest decks I’ve played in my life. The draw power offered by Genesect V is absurd, and the damage done by Mew VMAX for only two Colorless Energy is also well above average. Several other cards from Fusion Strike also make it to this incredible deck, but I’ll leave more on MewGen soon, for now, what you need to know is that this deck will likely be extremely impactful in the metagame. 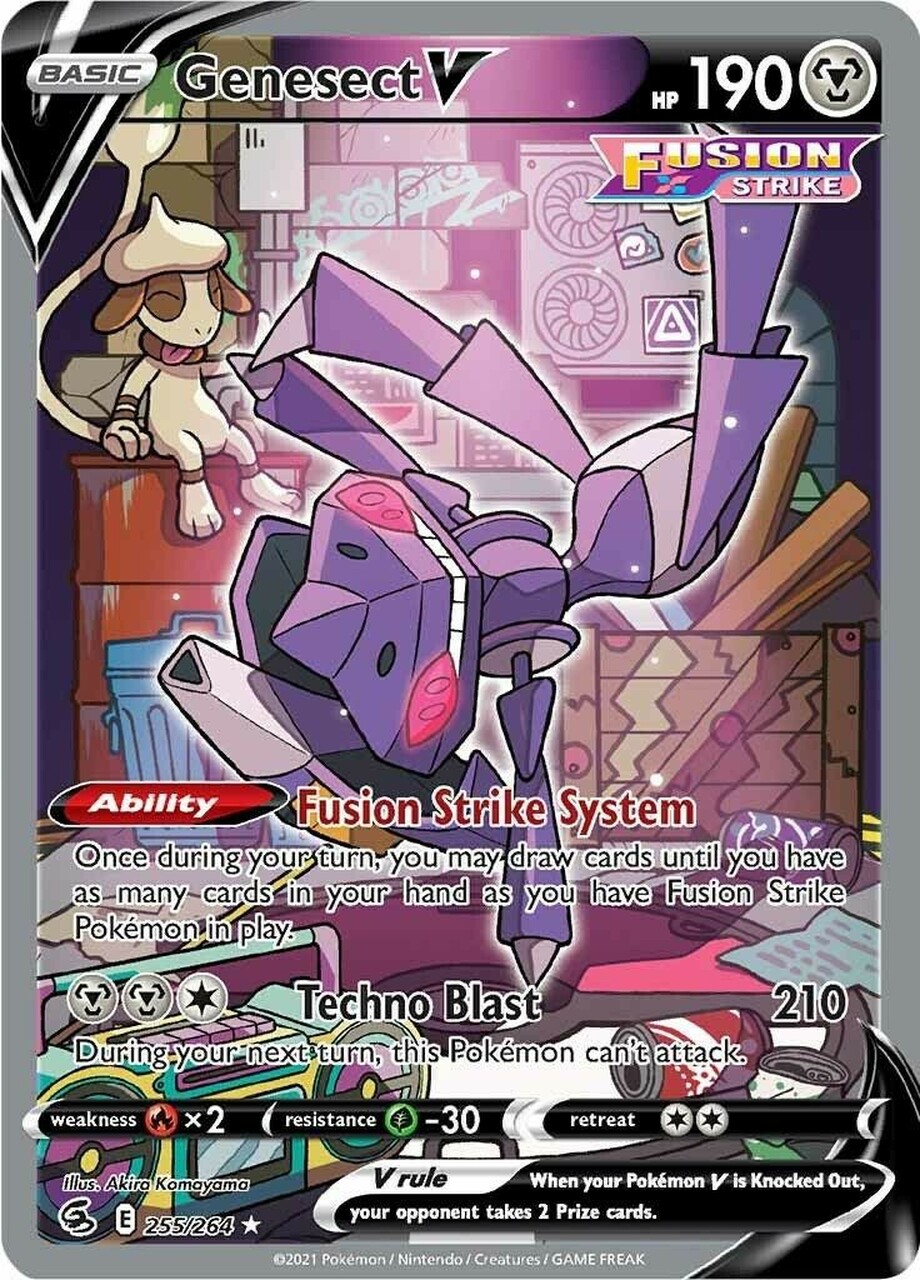 I came to the conclusion that MewGen is enough to completely change the metagame by carrying out the following experimentation; my idea was to confront the MewGen deck against all the main decks of the SSH-EVS metagame, without making any changes.

Of course, if you think coldly, this is a test that ends up being unfair with all the other decks as I didn’t make any intervention to make these decks fit better in the matchup, and I didn’t put almost any Fusion Strike cards in them. My goal, however, was precisely this; to observe the impact caused by MewGen purely by its existence. The result of these tests is that practically all decks we have today will have to prepare in some way to be able to face this powerful new deck, whether with Fan of Waves, Crushing Hammer, Flannery, Path to the Peak, or some Darkness type Pokémon which can be inserted into some decks, like Galarian Moltres V in Sylveon VMAX or Galarian Moltres V in Rapid Strike Urshifu VMAX.

I then decided to do other tests, now focusing a little more on the features mentioned above that supposedly can improve the matchup and the result is that, honestly, MewGen is in good condition to get rid of all these techs.

Path to the Peak rarely caused any problems in the tests, especially if MewGen’s roster uses enough Peony to be able to easily search the deck for a Stadium card. Against Fan of Waves or Crushing Hammer, MewGen uses the new Supporter Elesa’s Sparkle to put two Fusion Strike Energy on two Fusion Strike Pokémon plus attach for the turn to attack normally like nothing happened last turn. By the way, remember that Fan of Waves removes the opponent’s Special Energy, but does not discard the Energy, it goes back to the deck. Even if you use four Fan of Waves on your opponent, the Fusion Strike Energy will still be in the deck and the MewGen player can use Elesa’s Sparkle to put two of them back directly onto their Pokemon. 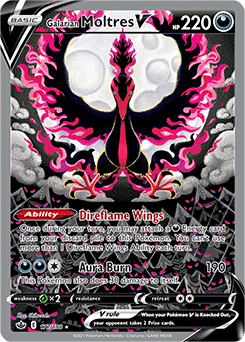 After all this, I realized that even without it having officially been released yet (at least as the release of this article), I already consider it one of the best decks in the format. The future of Pokémon TCG is always uncertain, however, but while the metagame is still adapting to the new format, I see MewGen having a huge success.

Another impacting factor in MewGen is the Fusion Strike Energy, as this Energy prevents the effects of Abilities on the Pokémon that has it attached. This means your opponent cannot use Quick Shooting from Inteleon or Dark Signal from Umbreon VMAX to damage your Pokemon if Fusion Strike Energy is attached. If you look at the format now, most decks use Inteleon, and the rare decks that don’t are also impacted by this Energy in other ways, which leads us to believe that if you still want to use the Ability of those Pokémon in the matchup against MewGen, then you will have to use cards to remove this Energy, such as Fan of Waves, Crushing Hammer or Flannery.