A new Feraligatr has been revealed from Japan’s upcoming Fusion Arts set, which releases there on September 24th. 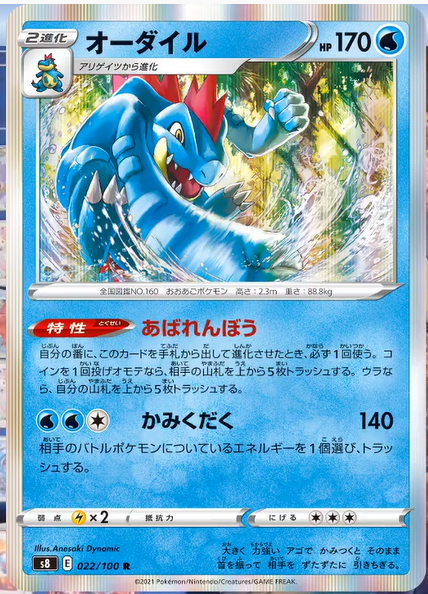 We’ll most likely see cards from Japan’s Fusion Arts in the international set Fusion Strike, which releases on November 12th.