Hello, PokeBeach readers! With the Players Cup III behind us and qualifiers for Players Cup IV started, there’s a lot to talk about in the standard format. In this article, I will be focusing on my top picks for the qualifying events as well as a deck that has slid under the radar and I believe has the potential to compete alongside the top decks in the format.

In Players Cup III we saw Azul GG get the win with a fairly standard Rapid Strike Urshifu VMAX deck, taking down the notorious Pikachu and Zekrom-GX deck. Azul ran techs such as Mimikyu and Jirachi-GX making this an extremely favorable matchup. At this point, Rapid Strike Urshifu VMAX has cemented itself as the top deck in the format, dominating other top decks purely because it’s so aggressive.

With this in mind, I have based these top selections on how well the deck can deal with Rapid Strike Urshifu VMAX specifically, as I believe it will control the majority of the meta, but also due to how consistent the deck is — in events like these you simply want a consistent deck so you aren’t losing in Top 8 every other event to a dead hand.

Pick One: Pikachu and Zekrom-GX 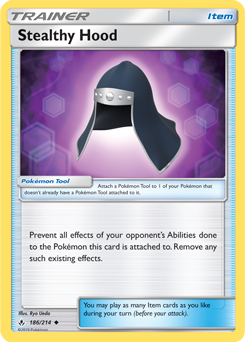 My top pick for these events is actually Pikachu and Zekrom-GX — while I don’t normally like this deck, it is positioned well in the current format, along with being one of the most consistent decks of all time.

Pikachu and Zekrom-GX is a versatile deck that can beat anything in the game, it is aggressive while also having plenty of late-game options for matchups that take a bit longer. It’s also flexible in how it can be built, which lets it adapt to whatever the most popular deck is on any given day.

Now, you’re probably asking why I think Pikachu and Zekrom-GX is a good play when I just said it loses to Rapid Strike Urshifu VMAX, and that’s because I believe it can be built to beat Rapid Strike Urshifu VMAX. With the addition of Stealthy Hood, PikaRom has a favorable matchup against Rapid Strike Urshifu VMAX. Once you KO Jirachi-GX, they have almost no answers to a Mewtwo and Mew-GX aside from Mimikyu, which is answered by a Stealthy Hood. I think Pikachu and Zekrom-GX is the most well rounded and consistent deck in the current meta making it the best play for qualifiers — it won’t always get you first place, but it should average the highest amount per key if played correctly.

Similar to Pikachu and Zekrom-GX, this deck is using Mewtwo and Mew-GX to counter the Rapid Strike Urshifu VMAX due to its Weakness. Again, this deck is running Stealthy Hood, so it can bypass Mimikyu and still takeover the matchup.

The reason I have this deck below Pikachu and Zekrom-GX is because of its consistency and slightly worse matchup spread — when it comes to the deck’s consistency it has always been questioned on whether it was good enough; Welder is an amazing card when you can chain them together, however, that doesn’t always happen as you aren’t drawing as many cards. This deck also relies heavily on Dedenne-GX and Crobat V, making it more susceptible to decks like Arceus and Dialga and Palkia-GX which try to end the game fast by gusting around your attackers.

When it comes to the matchup spread compared to Pikachu and Zekrom-GX, the biggest difference is that this deck struggles more against Eternatus VMAX, however, it does have a better matchup against the Metal archetypes like Lucario and Melmetal-GX, so there is some merit to bringing this deck instead.

Overall I think the top two decks have similar matchup spreads and can both succeed at a high level, but Mewtwo and Mew-GX is riskier because of its natural inconsistencies and less-optimal matchup spread.