Hello everyone! We’re in the midst of the Players Cup IV qualification period, and today I’m going to go over the best picks to make the most out of your 50 keys. Even if you don’t plan on tryharding the qualifiers or even playing at all, given the meta, these decks are still the best decks to play in the Standard format anywhere. There’s a somewhat healthy variety of decks in Standard right now, but there’s also still clear major players such as Rapid Strike Urshifu VMAX and Arceus and Dialga and Palkia-GX. I’ve used up 15 of my 50 keys so far, and it’s given me a decent grasp on the meta already. That’s what I’m here to talk about today.

You may remember my last article about Rowlet and Alolan Exeggutor-GX / Rillaboom. This deck has gotten a lot of traction lately, and for good reason. I’ve used it for most of my keys so far, and it’s been doing great. EggRow is consistent and it has great matchups. Coincidentally, the other two decks I’ll discuss today are its only two bad matchups. Anyway, I recommend checking out my previous article about the deck, as I believe it to be one of the best options in the current Standard format. I won’t go on about it for any longer since I’ve already written about it, but I just wanted to reiterate that it’s still a monster of a deck right now. 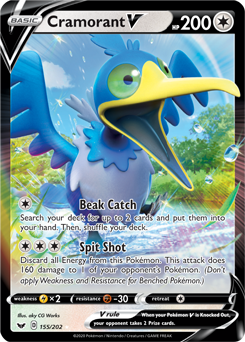 There’s nothing too groundbreaking about this deck or even this particular list. It’s actually similar to one that Azul has been playing lately, and I’ve been doing well in qualifiers with it as well. Thanks to easy access to Cramorant V’s Beak Catch, even a Turn 1 that doesn’t end in a KO can still be beneficial. Two Cramorant bolster the consistency of the deck. Having the option to use Beak Catch doesn’t sacrifice speed, and it salvages some otherwise bad situations.

Generally, against lower-HP Pokemon, a Turn 1 Steaming Stomp with Heatran-GX is ideal. Against Pokemon in the 140-210 range, Turn 1 Double Blaze GX with Reshiram and Charizard-GX is the way to go. In other situations, usually it’s Beak Catch or Spit Shot on Turn 1. Rarely will we use Blacephalon‘s Fireball Circus so early. This deck always chooses to go second, and since many other decks prefer going first, you will be going second more often than not.

As a whole, this deck is powerful and flexible enough to deal with any opposing deck. It’s one of those rare decks that has a decent shot against the entire meta. Since this deck will typically only lose to its own inconsistency or bricking issues as opposed to matchups, it’s constructed in such a way to maximize its own consistency. Choices like two Cramorant V and the Pokégear 3.0 reflect this.

Aside from the uses I already mentioned, Cramorant is incredibly useful because its Spit Shot takes two easy Prizes against Dedenne-GX whenever you want. Although some decks play Mew, many still do not, such as ADP  / Zacian V and PikaRom. With the help of Galarian Zigzagoon, Spit Shot can also take out Pokemon like Crobat V and Oricorio-GX.

Furthermore, since this deck relies on Welder and doesn’t have many opportunities to use Boss's Orders, Spit Shot fills that role of hitting the Bench. This can be used to finish off damaged threats, but again, you have to watch out for an opposing Mew.

Dedechange is basically always useful as long as you don’t have Fire Crystal, or sometimes Welder, in your hand. It’s often used on Turn 1 to reach for that Turn 1 attack, and it’s also useful later on to recover from hand disruption. Playing two Dedenne does increase the risk of starting with it, but it’s certainly the correct count because of how often they are useful.

Heatran is usually the best option for a Turn 1 attacker against lower-HP Pokemon. Cramorant discards all of its Energy, Blacephalon is Energy-intensive and will just get KO’d, and Reshiram & Charizard-GX must use up its GX attack to do any meaningful damage on Turn 1. Following a Steaming Stomp, Heatran also threatens a massive Hot Burn GX which is capable of OHKO’ing any Pokemon in the game (besides Decidueye).

In most cases, Steaming Stomp is at least somewhat useful, and the fact that it threatens an immediate huge GX attack makes it terrifying. Moreover, Heatran can also pull Energy off Pokemon that are already charged up, so as long as you have three Energy anywhere on the board, you can use Welder to create a massive GX attack. For this reason, Heatran is more flexible than Reshiram & Charizard with regard to its GX attack. This makes it quite potent against any Pokemon that have high HP.

Thanks to this Ability, Heatran also prevents you from wasting value if you are forced to Welder onto a non-attacker. This happens occasionally, and Heatran allows you to reappropriate those Energy cards.

Galarian Zigzagoon has too many relevant applications to list, but the main uses are against Pikachu & Zekrom-GX and certain Pokemon VMAX such as Victini VMAX. Flare Strike plus Zigzagoon is exactly enough to OHKO Pikachu & Zekrom. A 300-damage GX attack from either Reshiram & Charizard or Heatran puts some Pokemon VMAX into easy Zigzagoon range. The fact that this deck naturally plays four copies of Scoop Up Net takes advantage of Zigzagoon’s maximum potential.

Mew helps a lot against Rapid Strike Urshifu VMAX, and it’s useful against Pikachu & Zekrom-GX and opposing Cramorant V. Although Mew is situational, it provides a valuable edge against a lot of popular decks.

Mewtwo has already become a staple in this deck, but I just wanted to reiterate how broken it is. I usually use Mind Report whenever I can. It guarantees Welder for the next turn even if the opponent uses Marnie, which is never a bad thing. 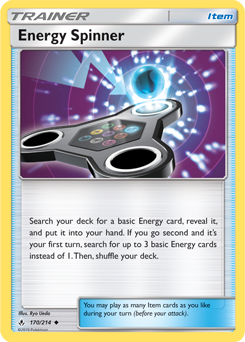 Energy Spinner is probably the most replaceable card in this deck. It’s amazing on Turn 1, but even with Stellar Wish, you won’t always get it. Even so, having extra outs to Energy is useful. The deck doesn’t need 15 copies of Fire Energy, so we use Energy Spinner as outs to them that can also be found with Stellar Wish. This, in addition to the fact that they can help you pop off on Turn 1, make the card worth playing. It’s worth remembering that a Turn 1 Fireball Circus is unlikely to happen without Energy Spinner’s help, but having the option to dig for it puts it within reach.

With this list’s inclusion of Heatran-GX and the second Dedenne-GX, Cherish Ball gains quite a lot of utility. Since Dedechange is useful both early and late in the game, and since we run two Dedenne, Cherish Ball is a valuable card throughout the game. This is especially true when combined with Stellar Wish, and after having your hand disrupted.

Pokégear 3.0 is essentially just a fifth out to Welder. It’s exponentially more useful when multiple Stellar Wishes are factored in.

Although 13 Energy and four Fire Crystals look like plenty, be sure to keep careful count of your Energy throughout the game. You essentially have 25 Fire Energy available, so keep count with that in mind, and budget your remaining Energy with the consideration of what Pokemon you need to KO and how many Prizes you need to take. Oftentimes I am run down to the very last Energy, so be careful not to get punished just for mismanaging an Energy or two.