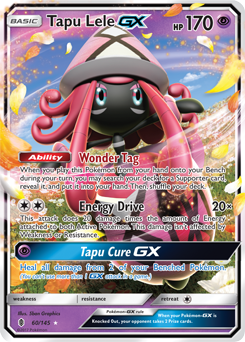 It’s finally time to take a look at the Team Up-on Standard format. We started my pre-rotation format discussion off with Eternatus VMAX, so we’ll start there again for post-rotation.

Here is a shortlist of competitive archetypes and cards we lose in the 2021 Standard Format Rotation:

Teaming up to form a once-popular archetype, Blacephalon-GX and Naganadel‘s Mind Blown combo has been on the decline since the start of the 2019-2020 season.

Formerly the mainstay of many Fighting-type decks, Buzzwole and Diancie Prism Star‘s power has been on the decline since the rotation of Zoroark-GX.

It’s likely that fancy Stage 1 techs are a thing of the past, as is the “fifth” copy of a certain Basic Pokemon option being removed from Standard with the loss of Ditto Prism Star.

The infamous Psychic Recharge is gone at last, as are most of its popular techs like Giratina and Mimikyu, Expanded won’t be kind to Malamar.

While Combo Zacian V didn’t see much play in pre-rotation Standard, it’s likely that we’ll never see such an archetype again, as in Expanded the Item-based nature of the Jirachi Prism Star combo won’t be as feasible.

Oranguru‘s Resource Management is a thing of the past, as are many control pieces of the past (Articuno-GX, Florges, Girafarig, Goomy, Mareep, Shedinja, and more).

Newly popular in Arceus and Dialga and Palkia-GX decks, Rayquaza-GX‘s tenure in the archetype will end short-lived.

Zeraora-GX is likely to be the greatest-missed Pokemon that was still popular, Lightning type decks will miss their free Retreat Cost, and the rest of Lightning type decks have been nerfed with the removal of a popular Supporter in Volkner, extra damage with Electropower, and an Energy-saving Stadium in Thunder Mountain Prism Star

Marnie has mostly taken Cynthia‘s place, but the shuffle-draw of six will exit the format once more, like Professor Oak's New Theory of the past.

“Turbo” Item cards are mostly gone now — if you count Judge Whistle as one, it’s still around, but that’s all we’ve got now. The loss of Acro Bike will result in a significant slowing of the format, a welcome change.

Beast Ring has been mostly reserved for Blacephalon-GX lately and Baby Blacephalon was essentially the last deck playing Ultra Space, but through the past couple formats it was seen in a variety of different decks; there hasn’t been a new Ultra Beast printed now since Cosmic Eclipse, so I think it’s safe to assume that the mechanic may be a thing of the past, making these Ultra Beast-specific cards obsolete anyways.

Jirachi and Stellar Wish are no longer as strong with the loss of Escape Board, it will still remain in many decks, but come with a hefty space commitment, typically four copies of both Scoop Up Net and Switch.

Baby Blacephalon decks got a lot worse with the rotation of Fiery Flint, I’m not sure they’re even viable anymore; the loss of Heat Factory Prism Star in general for Fire-type decks is a big hit.

Formerly seen almost exclusively in Malamar decks, Mysterious Treasure eventually found a home in the likes of Dragapult VMAX, Mewtwo and Mew-GX, and other decks, but now it’s gone

I could go on and on, there are some honorable mentions like Alolan Ninetales-GX, Magcargo, Magcargo-GX, Silvally-GX, Victini Prism Star, Yveltal-GX, Zebstrika, Faba, Lusamine, Steven's Resolve, Tate and Liza, Custom Catcher, Super Scoop Up, Shrine of Punishment, Beast Energy Prism Star, all of the Unit Energy, and more…

The Impact of Rotation