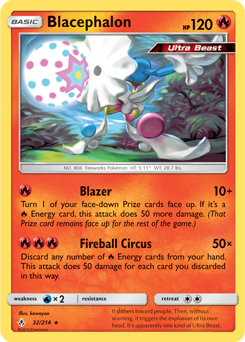 Hello everyone, this is Grant Manley, once again. The current Standard format has been dominated so far by big Basics and Pokemon VMAX such as Pikachu and Zekrom-GX, Dragapult VMAX, and Zacian V. This opens up the opportunity for single-Prize attackers to leverage the Prize trade to take advantage of these matchups. Blacephalon has been the most popular option for this so far. However, there are a couple more obscure decks that use single-Prize attackers, which I will cover today. The main appeal for these types of decks is their matchup spreads and anti-meta tendencies. Even a deck like Blacephalon, which is indisputably a mainstream meta deck, has its place solely because it matches up well against most of the bigger Pokemon in the meta due to its ability to trade one Prize for two or three. In a metagame with other single-Prize attacking decks, or even in a vacuum, the Blacephalon deck isn’t great.

At a recent major online tournament, a Spiritomb deck was able to make Top 8 out of over 1000 players. Prior to this, I was not a fan of Spiritomb as I considered it to be a weak archetype. However, Andrew Wambolt’s list seems to be highly optimized, and I decided to give it a try as it was able to make Top 8. I was surprised to find out that not only was the deck good, but it was a lot of fun. Additionally, it’s incredibly involved and skill-intensive. Finally, the Spiritomb deck is actually able to compete with every matchup and win. I’d say it’s even or favorable against every other meta deck. The only downsides to the Spiritomb deck are that its consistency is a bit suspect, and it is somewhat high-maintenance. One might think that the obvious solution to this is to add more draw cards or something like that in order to improve consistency, but when you look at the list, it’s hard to make space for something like that.

As I said, I was initially skeptical of the list, but I decided to give it a go. This might be the first time in a while that I’ve ever considered that someone else’s list might be perfect. I normally make at least minor changes to lists I see online. I mentioned consistency issues, but the consistency isn’t terrible or anything. We have eight draw Supporters, four Jirachi, and four Acro Bike. The biggest problem I’ve actually run into is finding all the specific Pokemon I need at a given time. For that reason, I’m considering adding one or two copies of Pokémon Communication to the deck. Aside from Quick Ball, there aren’t any amazing Pokemon search options. So far I’ve been playing this exact list, but I’m going to try cutting a Shrine of Punishment and the Darkness Energy for two Pokemon Communication.