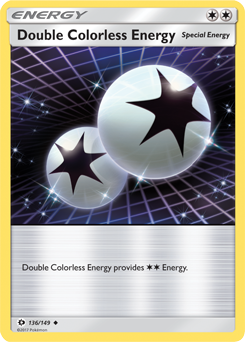 Hey PokeBeach readers! While there are no official tournaments to prepare for, the plethora of online events that will utilize the new Standard Format demands a look into some fun, new concepts that could challenge best-deck-in-format contenders. While two and three-Prize decks have recently become the focus of the format with cards like Arceus and Dialga and Palkia-GX, Zacian V, and now Dragapult VMAX, one new card was released in Rebel Clash that helps to enable single-Prize decks: Twin Energy!

Reminiscent of the incredibly powerful Double Colorless Energy, Twin Energy will be the primary enabler of the eventual rise of single-Prize decks that dish out incredibly large amounts of damage for only one Twin Energy. Concepts in the past include the ever-popular Night March archetype, one of the first decks of the modern era that attempted an all-out blitzkrieg with incredibly low-HP Pokemon. Over the years, decks like Vespiquen, Gyarados, and Lost March have attempted similar strategies to varying amounts of success, but one incredibly good example of the resurgence of these decks would be NAIC in 2019. In a format dominated by Pikachu and Zekrom-GX, Reshiram and Charizard-GX, and Zoroark-GX, single-Prize Pokemon that could trade favorably with these massive Pokemon-GX had a huge advantage against them.

Single Prize Decks of the Past

Many different playtesting groups took incredibly different approaches to building a single-Prize, high-damage output deck, however. We saw Stunfisk / Spiritomb in Top 8, a group of players with Blissey, another group with Lost March, and then my group with our crazy Tool Drop deck. Tool Drop utilized Doublade to dish out insane amounts of damage through support Pokemon like Genesect-GX, powerful damage-boosting Trainers like Choice Band and Shrine of Punishment, and a ton of tools on top of Choice Band that pushed our damage cap north of 270. I was able to take this deck to Day 2, nearly Top 8 (if I hadn’t prized three of my Honedge against eventual Champion and PokeBeach writer Stephane Ivanoff), which was incredibly surprising given the rogue nature and perceived fragility of a tool-based concept. Nevertheless, it ended up working out.

With the release of Twin Energy, concepts like Tool Drop may be able to make a comeback. Below I’ve provided the list I’m currently working with for a 2020 Standard Tool Drop deck!