Hello! This will be my last article before the Oceania International Championship. At the time of writing this, Sword & Shield has been available on TCGO for almost a week, and players have been hard at work searching for the best decks. Although we won’t get a glimpse of the actual metagame until OCIC, a number of trends have already emerged, and recognizing these trends is a good start to understanding the format.

I don’t know for sure what the best deck in the format is and I don’t know what I’ll be playing in Melbourne. However, I’m dedicating all of my time until the tournament to finding out. Hopefully, my insight can be valuable to you anyway! My goal in this article is to explain what the tier list is looking like, and why; and, when possible, to explain how I believe each deck should be built. I’ll also include lists when I have something new to bring to the table.

This article is not is an analysis of every deck in the format. There are some decks I don’t have anything new to say about, so I simply won’t talk about them here. However, don’t think that it means they’re bad!

The Rise of Mill 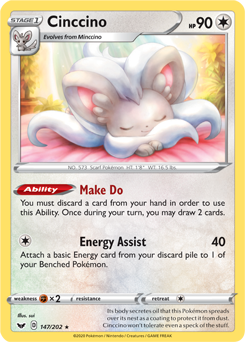 I don’t think Mill is the best archetype of the format. However, I think it’s one of the most important stories to come out of Sword and Shield. For the first time since Durant in 2012, there’s a Standard archetype that wins by actively discarding the opponent’s deck! There have been Stall decks and Control decks since then, which win when the opponent has no cards left in their deck, but these are not Mill decks. They win by exhausting the opponent’s resources or controlling the board state. Decking out the opponent is just a formality afterwards, not the point of the deck. This adds some originality to the metagame, but that’s not the only reason why I chose to begin my article by talking about Mill.

In the past, I talked about gatekeeper decks: widespread decks that prevents some other decks from accessing the top tier of the metagame, because they can’t beat it and it’s too popular to hope to dodge at any tournament. I can only recommend you read the article I linked above (at least its introduction) for a deeper look into the subject. The example I gave at the time was Malamar / Ultra Necrozma-GX in the Team Up format, which prevented many decks like Alolan Exeggutor and Charizard from ever having a chance. I believe that Cinccino Mill could play the role of gatekeeper of this format, at least early on. It will depend on its popularity, of course, but the deck has a pretty straightforward game plan, and it’s very strong, so I can see many people trying it out. Even those who didn’t enjoy Regigigas Stall or Pidgeotto Control could pick up Cinccino Mill because it’s less reactive. That makes it much easier for less experienced players as well.