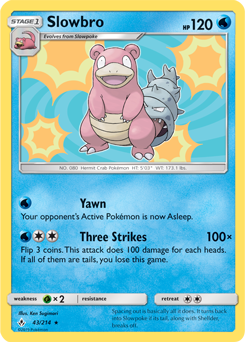 A lot has happened since the first major Regionals in the new format. We went from what was expected to be a fairly certain metagame to one filled will multiple ways to play top tier decks and no general concensus on the most optimal versus of many different lists. First, three truths, dispelling three myths:

“Play What You’re Comfortable With.”

This is a affirmative statement, one that doesn’t challenge you to take risks and get better at the game. While playing what you know will often grant you a higher probabibility of winning a certain amount of games, it’s likely that a better deck would accomplish the same thing, but have a higher ceiling (granted you may not play it as well but at least you’ll have the chance to.) However, get comfortable with the deck you do decide to play. Very often, “play what you’re comfortable” and being comfortable with playing a deck are conflated as one. Also, looking back and regretting a deck choice or decision is pointless, move on and get yourself in the know for the next event; keep moving and improving. And sometimes, a last-minute decision will backfire due to inexperience, but often times it can be rewarding.

“The Format is too Open.”

There is almost always an optimal deck choice for an event — we’re human, we won’t always know it, but there is always a “perfect” choice; it’s not always played, or known. The exception to this is when one deck is not better than another, often in a rock, paper, scissors format — quite rare as of late.

Personal Preferences and Playstyles vs. All Decks Having an Optomized Version

There is always an optimal deck list for an archetype. No, there are no “personal playstyles, preferences, and the like,” there is one proper answer in every situation, and always a true answer to a problem. I often joke to players in my local area at Regionals that they often opt not to play the same deck — I go on to say one of them got it right and that they should all play the same archetype in the future. You can have success from a variety of angles, but there’s always a statistically optimal deck and list for that same deck.