Hi again, everyone! This is Grant Manley here with an article all about Malamar! Even before this archetype flopped at Worlds, it was already being disrespected by parts of the community. Its colossal failure to perform at Worlds, even after unreal amounts of hype, did nothing but hurt Malamar’s already fragile reputation. What happened? Malamar was expected to be one third of the post-rotation trifecta along with Pikachu and Zekrom-GX and Reshiram and Charizard-GX, yet those two decks made Top 8 at Worlds while Malamar was nowhere near there.

The Story of the Squid 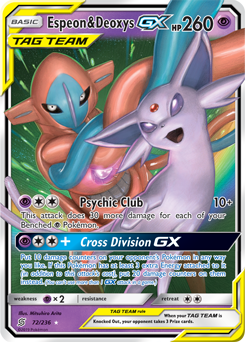 I strongly considered Malamar for Worlds. In fact, it was in my top two for many weeks leading up to the tournament. In the end, I went with the Green's Exploration version of Reshiram and Charizard-GX because it was lower-maintenance and also slaughtered Malamar decks. While I always thought of Malamar as a strong play, it required a lot to set up and took a 50-50, at best, in the mirror. What’s interesting is that underrepresentation was not Malamar’s problem at Worlds. There were plenty of players who ended up bringing it. The logical conclusion is that Malamar flopped because the deck wasn’t good, but I don’t believe this is the case.

The major reason Malamar failed at Worlds was because the lists weren’t there; the deck wasn’t optimized. That is no longer the case. Malamar is on the rise, my friends. People are slowly, but surely, realizing this deck still has what it takes. As far as I know, the first post-Worlds Malamar sighting was with Igor Costa winning a stacked Florida League Challenge a few weeks ago. His list played no supplemental Energy types. He didn’t mess with cute Pokemon-GX like Ultra Necrozma-GX or Garchomp and Giratina-GX, instead opting for Recycle Energy, Power Plant, and raw consistency.

After seeing that deck in action at the streamed League Challenge, I built my own list for a League Cup, and lost in Top 8 in a mirror match due to prizing Espeon and Deoxys-GX in two of the three games. Not only that, but I didn’t get it out of the Prizes quickly enough in either game. I was a little salty about this loss because it was strictly due to a less than one percent chance. Following that, I got first, first again, and second at consecutive League Cups, changing one card from my original list for each event. After I plastered the deck all over social media, Stéphane Ivanoff decided to pick it up for Sheffield Regionals (the same weekend as my two most recent Cups) and got Top 32, proving that the deck can succeed in a more competitive environment. With that, let’s take a look at my current Malamar list.