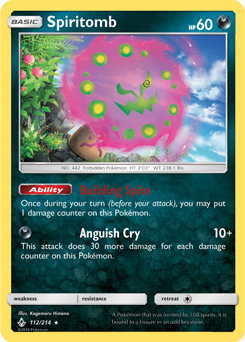 Hey everyone! This is Grant Manley here. I am writing this in the short interim period between Origins and the North American Internationals. I had a great time at Origins and have a few ideas as far as what to play for NAIC. I don’t know if there is a broken play right now because it seems like every deck has a lot of problems.

At Origins last weekend I played in three League Cups and the Special Event. One League Cup was Expanded, so it isn’t very relevant right now. I did get second with Vespiquen though. At the Special Event, I played an interesting Spiritomb / Umbreon / Honchkrow-GX deck and made Top 4. At the two Standard Cups, I played Zapdos / Beasts and baby Blacephalon. My Cup with Zapdos went terribly wrong, but I got second with Blacephalon. Naturally, I am liking the decks I did well with.

Last weekend, I played straight Psychic Malamar deck and got first and second at my two League Cups. Currently, I am favoring the Ultra Necrozma version due to its much better Zapdos matchup. I honestly think that Ultra Necrozma, baby Blacephalon, and Spiritomb are three of the best potential plays for NAIC. Shedinja also might be the play, but I most likely will not play it because it is extremely draining and difficult (among other reasons). These decks may be off-meta, but their matchups are great.

Ty Starr, a local player in my area, made this deck and beat me in the finals of a League Cup when I was playing the aforementioned straight Malamar deck. I didn’t see his entire list, so I made my own. I’m sure this list is very similar to his though.

The basic strategy is to use Professor Elm's Lecture to fire up the whole deck, and use Spiritomb to dish out a ton of damage and Prize trade well against everything. Umbreon can respond to early pressure while Spiritomb is building up damage. The Honchkrow-GX line is only teched in for Zoroark-GX and Weezing.

This deck is very low maintenance. All it needs is an Elm to get going. Low-maintenance decks are the best right now. This deck also has solid matchups. For the Origins Special Event, I was not expecting or respecting Zapdos. This deck is unfavored against Zapdos but strong against nearly everything else.

Spiritomb is the main attacker in the deck. When you Elm for multiple Spiritomb, it takes a few turns before Spiritomb starts doing heavy damage. Umbreon picks up the slack in the meantime, and Hustle Belt and Rainbow Energy increase damage output faster.

Four Jirachi with Three Escape Board 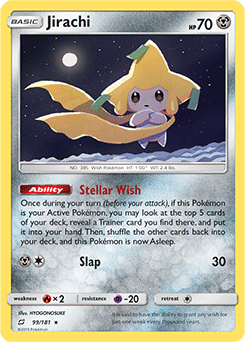 Four Jirachi seems a little funky in a deck that doesn’t run Switch, but it’s great as a pivot and to increase consistency; you don’t need Switch to get value out of Jirachi. You usually want to have two in play even though you only use both Stellar Wishes on Guzma turns. This deck relies on Jirachi quite heavily even though it doesn’t look that important. There is very little draw power in the list otherwise, so you have to play a lot of Jirachi to make up for it. And as with any deck, starting with it is amazing and it makes turn one Elm happen more often.

Spiritomb is stronger in the mid to late game. Early game is where Umbreon is most useful, or against anything with 120 HP or less so you can preserve Spiritomb. You also need Umbreon against Blacephalon-GX decks to KO Alolan Muk.

Without Honchkrow-GX, this deck loses hard to both Weezing and Zoroark-GX due to Alolan Muk. With Honchkrow, you win both of those matchups by simply getting it out. There is no Murkrow with 60 HP, so you get use out of Ditto Prism Star because you can essentially Elm for a Murkrow. I also use Ditto as a worse Eevee from time to time.

I do think the Honchkrow line is worth playing just for those matchups despite being useless against everything else. You occasionally use it in other matchups, but only out of desperation. Honchkrow also auto-wins Nidoqueen, which Jit Min Lim is probably going to play.

The Mean Look Murkrow is neat in a Jirachi format, and is definitely the optimal Murkrow.

Mew is an obvious inclusion when Spiritomb loses to anything that can spread damage. Psypower usually isn’t used unless it’s turn one.

There isn’t much to say about Oranguru besides that the extra draw is often useful. This card is just good in general and good in this deck.