In only a few days, the best players in the world will once again gather for an International Championship, the third of the year, in Berlin, Germany. As the #1 ranked player in the home region, I feel some pressure to represent Europe. On a more personal note, although getting to the finals of the previous International Championship in Melbourne was a great feat, I was disappointed to lose in the finals and want to get another chance at winning. All this is to say that I’ve been training hard — although maybe still not as hard as I should have — in preparation for this huge event. 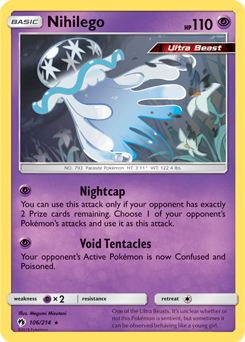 Unlike the two previous Internationals, this one does not herald a new format but comes towards the end of the now familiar SUM-TEU format. We mostly know what to expect, but this doesn’t make choosing a deck any easier; it’s a different type of challenge. It’s easier to predict the metagame, but at the same time a more precise reading of the metagame is needed.

In Melbourne, for example, some members of my testing group played Zapdos / Ultra Beasts, including Bert Wolters who reached top 8 of the event. The deck’s concept was not unknown, but the precise list was, and not many people teched in preparation for this deck. Now, however, this same deck is one of the most successful of the format, and one of the most expected. Players have settled on a 57-card skeleton, so, if you see a Zapdos deck with Rainbow Energy, you know what to expect. This makes it much easier to prepare against the deck. In turn, this means that if you want to play Zapdos / Ultra Beasts, you no longer have the advantage of surprise at all. In comparison, someone playing a rogue deck in Melbourne wasn’t particularly favored since no one knew exactly what to expect of their opponents; however, now, a rogue deck’s element of surprise is much more relevant, and, since the metagame is well-trodded, it’s also easier to prepare for the most popular decks.

I have a bit more to say about how going from a new format to a familiar one changes the way players should prepare for an event, and I will go into it as it comes up. This article, however, is not meant to delve deep into metagame theory. Instead, I will go over my favorite picks for EUIC. If you too are scrambling to find a deck, you can choose one of these. For each deck, I will explain why I like the deck, and what would make me choose to play it or not play it.

A disclaimer, though: as I write this article, I still have two days of playtesting ahead of me, and there’s a good chance my mind will change. I don’t think I’ll play another deck than one of the four in these articles, but it could happen if one of my testing partners shows me a better idea. The lists presented below should also not be considered definitive, although I’ve tested them a lot and I’m confident I could play any of them and do well with it.

If registration for EUIC ended in five minutes (and depending on when you’re reading this, it could!), this is the deck I’d play. It has even or strong matchups against almost all of the top decks and an aggressive playstyle.