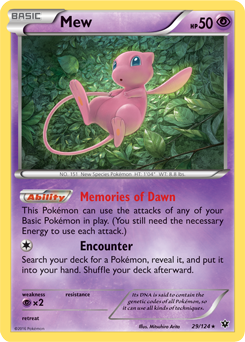 Hello everyone! It’s been about a month since our last Expanded Regional Championship, and less than a week until our last one of the Team Up quarter! When I was going back over the results of Toronto and Greensboro, one deck in particular stood out to me as intriguing. This deck was Simon Trottier-Lacasse’s Mew Box deck, which he was able to achieve a Top 8 finish with in Toronto.

Last year, Mew Box was one of the concepts that I had toyed around with around the time of Madison Regionals; my take on the deck for that tournament was to combine the ideas of Mew Box with those of Attacking Hoopa, leading to a hybrid deck which got me a Top 64 finish.

Since then, however, the deck hasn’t been able to achieve much of anything — until Toronto! It failed to get any Day 2 finishes in the remainder of the 2018 season, and, aside from Simon’s result, only had one 64th place finish in 2019 (Dallas, piloted by Tommy Desjardins Pettinicchio). However, the deck’s relative lack of finishes shouldn’t be particularly surprising, given how little the deck has been played — only nine people played the deck in Toronto, with that number dropping to only five players in Greensboro despite the deck’s Top 8 finish.

Going into Daytona Beach, I would expect that number to remain small, which is a shame, because Mew Box is easily one of the more fun and intriguing decks that I have played.

For this article, I’ll be going over this underrated deck by providing a strategic overview of how it works, as well as matchup strategies and my own take on the Mew Box list — which I will indeed be playing in Daytona Beach!

When I first started looking at Expanded Mew Box, I began, as you might have expected, with Simon Trottier-Lacasse’s incredible Top 8 list from Toronto. His list was an innovative take on the prior Counter Box concepts, one which solved several of the issues the deck typically had in the past. Its success also proved that the Mew Box is indeed a viable option in Expanded, despite the archetype’s relative lack of success prior to that Toronto finish. For anyone looking to play around with this archetype, I would absolutely use Simon’s list as the starting point — that’s what I did! Here is that list:

For those of you unfamiliar with this deck, Mew Box works by using Mew and Counter Energy, as well as other colorful Energy and Dimension Valley, to utilize a variety of non-GX Basic attackers. In Simon’s list, he used Victini, Sudowoodo, Shaymin, Cobalion, Giratina, Articuno, White Kyurem, Oricorio, Sableye, and Oranguru, in addition to Mew — a whopping eleven different options! With such a variety, the deck is able to take advantage of type matchups and cheap attacks to obtain easy KOs on opposing GXs, while only giving up non-GX attackers in return.

One of the things I love about Mew Box is its versatility, especially in a format as diverse as our Expanded meta. When you have so many attacking options, it feels as though you have a plan for everything! In Greensboro, twelve different decks were played by 10 players or more, and no deck made up more than one-sixth of the field, a trend which stayed consistent from Toronto. I see no indication that this trend will discontinue in Daytona Beach, so given that I can’t predictably expect to hit any deck more than twice in Day 1, I want to be using a deck that can give me strong matchups against a varied field. 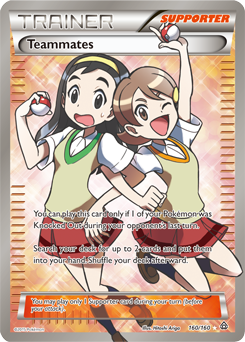 The core strategy of Mew Box is to figure out what you are playing against, and then utilize the attacker that is strongest against the opposing deck. In many cases, Weakness and type matchups determine the ideal attacker; against Pikachu and Zekrom-GX, you want to use Sudowoodo; against Trevenant, you want to use Absol; and so on. In cases where Weakness isn’t as relevant, such as against low-HP decks, there can still be an ideal attacker, such as Oricorio against Night March decks.

To get to those attackers, the deck utilizes a Teammates engine. Since most of your attackers have relatively low HP, you can assume that your opponent will be able to KO them every turn. In order to get the next attacker out and powered up, Teammates is critical. It allows you to get both your attacker of choice, or a Rescue Stretcher to retrieve your attacker that was just Knocked Out, as well as another card you might need, be it the Energy or anything else. Teammates is, in my opinion, one of the most underrated cards in Expanded, and it works to perfection in this deck.

For turns where Teammates is not applicable, Professor Sycamore and N can be used to help you draw into other cards you might need, such as Counter Catcher, Field Blower, or any other Pokemon or Tool cards.