It’s time for Sun & Moon on! The biggest change coming with this format is the loss of two of the best draw Supporter cards we’ve ever seen: N and Professor Sycamore. How can decks cope with these changes? This article will serve as an expository into some of the deck-building reworkings that will inevitably be changing the game, and I’d like to set the scene for our upcoming Standard format articles. It’s time to shed some light on my process of determining the best ways to build decks moving forward, especially for pre-existing archetypes, as well as new ones, too. If nothing else, let’s just begin to digest this whole new Standard format world. Let’s begin…

I want to start with a general overview of all Supporter cards available in the Standard format currently. I don’t mean for this to look repetitive, but taking a peek at all of them will foreshadow the entire goal of this piece. 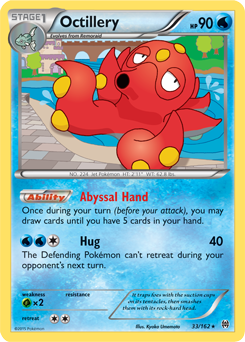 Octillery-draw decks used a thin or medium line of Octillery to speed through the deck and protect themselves in the late game. These builds used modest draw Supporter counts around seven or eight. “Regular” decks, like Malamar for example, didn’t have the luxury or room to play a support Pokemon like Octillery or Zoroark-GX, so they were almost entirely draw-based, requiring the play of more Supporters, like ten or so. Zoroark-GX-draw decks saw use of sometimes as few as five draw Supporter cards, which is historically low in the game. Their unprecedented draw power made it “okay”, but that could all be changing in the near future.

Of these, I can only see Looker being used with the purpose of “bolstering consistency”. Professor Kukui is a solid card as well, but you shouldn’t be playing it with the main purpose of drawing cards, it should strictly be a means to do more damage to Knock Out a relevant Pokemon or something of the sort. Looker is actually quite solid in Zoroark-GX decks playing Oranguru. You can use Resource Management for whatever you want, draw those cards, rinse and repeat. Looker Whistle can fetch Looker too, giving you another “consistency” boost. TV Reporter is the best of the rest, giving you a way to discard a card from your hand if you so choose in conjunction with drawing a solid number of cards. These lighter ways of drawing cards aren’t incredible, so unless you’re pushing for a large hand size and opting to avoid discarding cards, these most likely aren’t the right card for you.

Now we’re talking! Of these, Cynthia is the best, plain and simple. From there it’s hard to distinguish one from another, but there are a few I have my eye on. Copycat, Lillie, and Tate & Liza are the next in line, giving you a nice pop early with Lillie on your first turn, and Copycat can fire off for big hand sizes, depending on what your opponent is holding. Tate & Liza is a dual-use Supporter, which is really nice in a format lacking Float Stone. While five cards is nothing to scoff at, the switching effect can save you from time to time so having both options is a welcome packaged deal. Copycat is suspect only because it can be played around when an opponent dumps cards almost unnecessarily to hinder your own draw power as the game progresses. Now these aren’t the only decent ones, it’s a scuttle between Hala, Judge, and Sophocles for the next in line. Of these, Judge realistically has the best chances of seeing play, serving as an attempt to disrupt your opponent in a format devoid of N or other hand disruption (aside from Marshadow). Sophocles is solid in Malamar by discarding Psychic Energy, and Hala can pack a punch once you use your GX. The rest of these are, well, very lackluster.

These guys aren’t quite draw Supporters, but they can take specific cards you want out of your deck to get things going. I’m crushing on a few of these, so let’s take a look!

Apricorn Maker is very solid, serving as a pseudo-Brigette alongside Pokemon Fan Club. While Pokemon Fan Club limits your options to just Basic Pokemon, Apricorn Maker can take more than just Basic Pokemon, but “Ball” cards like Timer Ball to get Evolution Pokemon as well. This versatility is quite nice, so I prefer it to Pokemon Fan Club unless I’m dead set on taking just Basic ones. On top of that, you can thin out the “Ball” cards as well, making your deck smaller and more capable of rewarding you with the cards you desire in the late game. Mallow is still cool in Zoroark-GX decks, but with Magcargo around, it’s less useful. Olivia is actually quite strong in Zoroark-GX decks as well, and Pokemon Fan Club is the new Wonder Tag target of choice. Steven’s Resolve is interesting, giving you three cards of your choosing, but I don’t see it being any good in anything other than Metagross-GX decks. Volkner is a replacement for Skyla in Vikavolt decks, or even a tech in Rayquaza-GX to get an Item you want just to speed things up.

These don’t really get much of a shake-up in Standard. I’d like to discuss some of these that are the most likely to be played, though.

Acerola and Guzma are quite frankly the cream of the crop here. Not much else here will be played much, but many different tech options remain just in case. Lusamine will see play I’m sure, as well as Plumeria (Team Flare Grunt replacement). The Masked Royal could power Shiftry-GX to new heights. Time will tell the story of these Supporters!