“I’m still a kid in my heart so I have a problem maturing.”

This quote has stuck with me for years. I use that quote as a reminder to keep my deck building process creative and as a way to keep my passion for the game kindled bright. I took that quote to heart and have ventured into the realm of rogue decks as we quickly approach the 2018 World Championships.

In this article, I will be going over an updated version of my Buzzwole / Celesteela / Garbodor deck and an interesting Hoopa / Sceptile deck. The metagame looks like it will be well defined at the World Championships which has inspired me to try and break the format with an odd deck.

The answer to that question is difficult to portray, but I will give it my best shot. Rogue decks are viable in certain situations that occur by either players overlooking concepts or a metagame becoming stagnant for a decent period of time. After a rogue deck is discovered, it is either turned into a mainstay archetype or it is countered out of the format by minor deck tweaks until it is no longer a threat. Over the history of the game, we have seen a handful of weird decks that have seen success at the World Championships that range from a Team Magma's Groudon deck back in 2004 all the way to a more current M Audino-EX deck that dominated the 2016 World Championships. If you are interested in reading more about rogue decks, feel free to check out this past article here. There is absolutely nothing wrong with being different as long as you can get the results you were aiming to achieve. When I am personally creating a rogue deck, there are a few categories that I like to check off my list before I consider proceeding further with the deck.

What are the matchups? 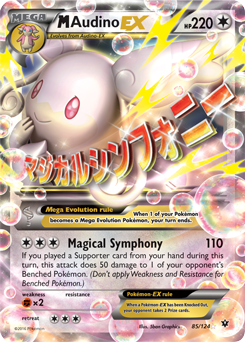 Similar to the deck having a purpose, you want make sure that your unique deck has what it takes to crush it in the current metagame. While it might be cool to try out a new concept, it also isn’t the best idea to re-invent a wheel that turns out to be just a worse wheel. A recent example of this was Zygarde-GX / Lycanroc-GX when compared to Buzzwole / Lycanroc-GX. Both of those decks are extremely similar in composition, but Buzzwole / Lycanroc-GX had all around better matchups in that current metagame. Don’t be caught with a slightly worse deck just to be different! You will likely end up regretting your decision.

Is it consistent enough?

Even though you might have a great idea and the concept works, you need to make sure that you have an engine of some sort that makes your deck run properly. You might have one too many techs in your Raichu / Hydreigon deck, or maybe you run too many different types of Energy in your techy Zoroark-GX / Garbodor deck. The same thing can be said about using rogue deck engines over the tried and true combination of Professor Sycamore, Cynthia, and N. You need to make sure that your deck is able to perform its core strategy at the same rate as its archetype brethren — otherwise, you will be stuck with a bad deck.

The article that I linked above goes over some other tips that will help you see success with your rogue deck. Like any deck, you need to make sure that you are testing it to learn as much you can. If you are looking for more inspiration for your unique deck, you should take it upon yourself to learn from some of the best decks in the metagame. Beyond all of those tips, you want to make sure that you have a strong understanding of the current metagame in order to properly pick a deck. You also want to know what decks stand on top of the metagame and the other decks that lurk in the shadows trying to accomplish the same goal as yours.

To move from a broad look at rogue decks in general to a more current mindset, I do want to look over our current metagame. In my last article which you can read here, I went over the metagame in a nutshell and wanted to slightly update it. Over the past week, a new deck has emerged on the scene that has a great matchup spread. That deck is Banette-GX / Garbodor / Drampa-GX. It plays out like an early build of Espeon-GX, but with much better matchups. Now this isn’t a Banette-GX article, but I did want to add it to my tier list and let you know that it is a real deck.

Here we have what is likely the completed metagame for the World Championships. With all of this knowledge in my arsenal, I have gone ahead and created lists for Buzzwole / Celesteela / Garbodor and the freshly minted Hoopa / Sceptile deck.

First and foremost, I want to give a huge shout out to my friend Hunter Butler for coming up with the concept for Hoopa / Sceptile; if it wasn’t for you being an original hoop-guy, I wouldn’t have been able to create this deck. I also need to give a huge shout out to Daniel Altavilla for showing me the ways of playing Hoopa, being there to answer the phone when I would make misplays, and for helping me understand a base list for Hoopa. Lastly, I need to give a shout out to Gabriel Pino for playing Hoopa / Mewtwo / Tapu Lele-GX against me in the last round in Columbus to get me back on the Hoopa bandwagon.

Before I go over this devastating Hoopa / Sceptile deck, I do want to go over my Buzzwole / Celesteela / Garbodor deck that I discussed in my last article. I didn’t go over the deck too much, but I did say that I would return to it in more detail once I figured the deck out more.