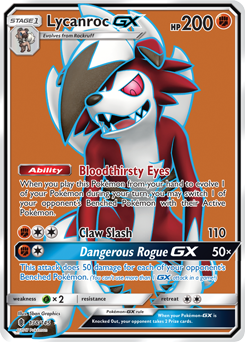 Hey PokeBeach, hope you’re all enjoying the triangle meta that we’re in right now. I particularly enjoy metas like this where there are a few clear good decks. If you master one of them and can play comfortably against the others, you’re in good shape. I haven’t had a ton of time lately to playtest, but I have managed to playtest the deck I felt the most comfortable with; as opposed to picking up a new archetype altogether such as Malamar, or an already existing archetype that has become ridiculously powerful such as Buzzwole. I’ve been playing Zoroark-GX decks almost since the card came out. I won a Cup last quarter with Zoroark-GX / Lycanroc-GX, and while I feel that the rise of Buzzwole has hurt it, the deck is so powerful that it is still more than competitive.

Writers Conner LaVelle and Eric Gansman already wrote excellent articles covering this deck. However, I have done some tweaks and testing after Madison to better respond to the meta and prepare a bit more for the North American Intercontinental Championships, whereas those articles were written before Madison.

That said, I recently found out that I will not be able to make it to NAIC this year. I’ve gone consistently since the 2012 season, and this is the first time I will be missing it in six years. I’m still helping my friends playtest and I’ve tested a bit expecting to go.

Today, I’ll go over the post-Madison/Sheffield metagame and how my particular list deals with Malamar and Buzzwole decks. These are still going to be the biggest decks going forward and quite possibly will be the only decks you will face at NAIC. I will also go over some strategies for the mirror match, as I feel that will be incredibly important to know how to play against. I will give new information so that any of you that read Conner and Eric’s articles will still learn something new!

Let’s start with Madison. This is the first major tournament that cards such as Buzzwole and Beast Ring were legal for, so the effects that these cards have on a deck that is already incredibly popular should make it skyrocket in popularity — which it did, as you can see below:

When testing for Sheffield, after viewing this, you can expect to play against Buzzwole-GX decks for quite possibly half of the rounds. This lead to a much higher number of Malamar decks. One thing that jumps out at me after seeing this is the fact that there was only eight different types of decks in Top 32. This means that the format is consolidating around a few powerful decks. In this case, we can assume that Buzzwole, Zoroark-GX, Malamar, and Greninja decks are the ones to beat. This infographic shocked me when I first saw it because I was expecting Malamar decks to have a better showing, since they are perceived to beat the biggest deck that we all saw coming, which is Buzzwole.

I tested a bit after this tournament with Buzzwole / Lycanroc-GX and was beating Malamar decks half the time with the three Buzzwole, two Buzzwole-GX variant that the top players were playing at this tournament. It became clear to me why these decks weren’t performing well. They lose to Zoroark-GX decks most of the time, and only win roughly 60% of the time against Buzzwole decks — of course this does vary based on player skill.

Another deck that I was surprised to see disappear is Lucario-GX decks. Lucario-GX was a powerhouse in the format before Forbidden Light released, and it’s gone altogether now. Buzzwole decks match its firepower now, have the same typing, and are more consistent with Beast Ring and Buzzwole being out.

Now, let’s take a look at Sheffield, where you can see a reaction to the Madison metagame. Keep in mind that Sheffield was only about two thirds the size of Madison. 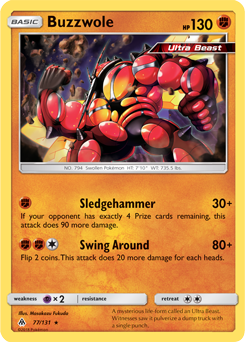 Day two for Sheffield was more varied. However, the lines blurred more between Buzzwole, Zoroark-GX, and Malamar decks. They essentially took the top three spots here, and are the biggest indicator of how the metagame is evolving. What really surprised me here was the lack of Greninja decks. What else is surprising is the return of old favorites, such as Espeon-GX / Garbodor, Sylveon-GX, and Zoroark-GX / Lucario-GX. This could be due to the Regional being smaller, and also the European metagame being vastly different than ours.

The high Buzzwole presence didn’t seem to deter the Zoroark-GX players. Zoroark-GX still showed up in four of the deck archetypes in day two, and these players must have beaten a field of Buzzwole in day one to make it to day two.

Malamar decks saw more play, which is the reaction to the huge Buzzwole presence in Madison. But this also meant that Zoroark-GX decks saw more play to counter the counters. I believe this is the sweet spot: a deck that counters the counter while also having a fair chance against the top deck. That’s the position Zoroark-GX / Lycanroc-GX is in right now. A version that is teched out for the mirror and the Buzzwole matchup should perform very well at NAIC, and that’s the purpose of the cards in my list for the deck.

Speaking of which, I’ll go over my list in the next section, as well as strategies I have against the other two big decks in this metagame and the mirror matchup. I believe that if you play nine rounds at NAIC, you will play against Malamar, Buzzwole, and Zoroark-GX decks in seven of your nine rounds; you need to know how to beat these three decks.