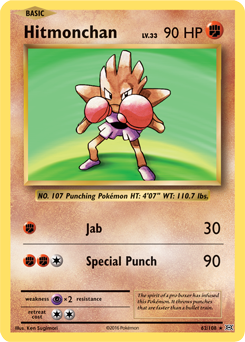 In the 1990s, the Pokemon franchise was a worldwide phenomenon, yet the internet had still not fully evolved, resulting in wild rumors, outlandish hoaxes, and seas of lies that would put today’s “fake news” to shame. When applied to the Pokemon franchise in particular, this tendency to spread lies over the internet expressed itself in two ways: fake next-gen Pokemon known as “Poke Gods,” and fake cards claimed to be future releases. Although the release of actual new Pokemon and cards began to kill — ahem, “knock out” — these rumors, we had established a precedent of believing untruths. Even today in competitive Pokemon Trading Card Game, numerous myths surrounding the game, its players, and its mechanics persist.

Today, I would like to “knock out” as many of these rumors as I can. Part of maximizing your potential as a competitive player requires letting go of certain mindsets, misconceptions, and outdated ideas — something I always hope to help you guys with for as long as I write these articles.

I find that the one subject with the wildest, most numerous amount of myths in the Pokemon TCG is randomization. This isn’t uniquely our fault, since people in general seem to struggle with randomization. Humans are thinking creatures, so we are wired to offer explanations where there are none. However, we are just as wired to reject new ideas when we are convinced that what we believe is the truth!

Since the rise of the Pokemon Trading Card Game Online, Pokemon TCG players have coined a name for their ridiculously bad online hands: “PTCGO Hands,” or the sort of hands they think are impossible in real life. To understand if PTCGO hands are really a thing, though, let’s break down the randomizing method the developers use:

To determine random outcomes, games such as PTCGO use what’s called a random number generator, or RNG. These can either be generated with complex codes (“pseudo-RNG”) or with physical phenomena like noise (“true RNG”). The form we see on PTCGO is pseudo-RNG, which theoretically means you could trigger a random action if you did the right things.

So why are PTCGO hands at least somewhat mythical? For starters, there’s a good chance the code might have been improved since it became a running gag to call your bad hands “PTCGO hands.” From my anecdotal experience dealing out thousands of games on their program, I feel (emphasis on “feel”) like my absurdly improbable situations like four prized Double Colorless Energy are…absurdly improbable. Contrast this to the old days of the program where strange hands and Prizes were pretty common. Additionally, the source of the randomness isn’t as important as simply having the knowledge of the deck order. That’s the goal of all randomization in Pokemon, after all — to not know what comes next!

Finally, real-life shuffling has even more limitations than pseudo-RNG codes do. A lot of the miserable hands that occur on PTCGO can and will occur in real life, so in those instances PTCGO succeeded as being an accurate reflection. Yet whereas PTCGO’s randomization quality is only limited by the RNG method, real life shuffling is a skill you must develop, or else you will always be presenting non-random decks.

Shuffling is hard, no question, and it’s even harder to shuffle hundreds of times over the course of a long tournament. However, good shuffling is our responsibility as good players because to play Pokemon cards, we need to destroy any knowledge we have about the deck’s order. Knowing the order of your deck or your opponent’s is called stacking and is cheating.

That said…shuffling is hard! So hard, in fact, that we’ve developed a million methods to do the same thing, and not all of those methods randomize decks the same way. Listed below are some common shuffling/rearrangement techniques and their appropriateness for competitive Pokemon cards:

Riffle shuffling is when you take two halves of a deck and let them go into each other, mixing the two halves; side shuffling involves you mashing one half of a deck into the the side of the second half, achieving the same result. These are the two most common methods of randomization you will see at tournaments.

Riffling has a lot of actual research backing it up as a supreme shuffling method in terms of knowledge destruction. Side shuffling is less effective and requires more instances to achieve the same effect but is still a worthy substitute. The physical limitations in playing Pokemon cards make a bunch of riffle shuffles difficult, so a lot of quickly-executed, quality side shuffles are perfectly acceptable. 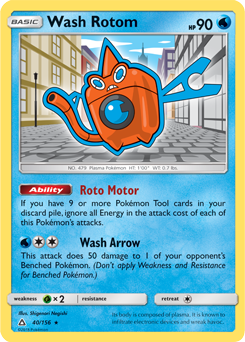 Wash shuffling is when you spread the cards face-down and rapidly move them around, mimicking a “washing” motion. This is actually a really good way to randomize the deck, but because we have large fields of prizes and in-play cards, it’s impossibly impractical. Even when setting up at the beginning of a game it’s a poor option because the fronts and backs of Pokemon cards aren’t symmetrical like with a deck of playing cards.

Hindu shuffles are when you take the bottom half of a deck, move it to the top, and then repeat the same motion with that original half of the deck with smaller halves. This is a poor method of randomization in itself, but when combined with better methods helps diversify the process. I personally include a couple of these in my shuffling technique, but they’re sandwiched between other methods — I would never “only” do this method.

Pile shuffling is when you take your deck and deal it out into smaller piles. This actually isn’t true “shuffling” so much as mere rearrangement of the deck, and like the Hindu shuffle should never be executed by itself. Pile shuffling has a long history in Pokemon cards, but it’s a history that needs to die. I will nowadays only pile shuffle at the beginning of a match to show my opponent I’m playing with exactly 60 cards.

Sub-conclusion: Hindu and pile sparingly; do lots of riffles and mashes. Don’t wash!