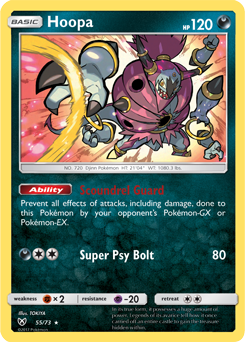 Hello again! March is now over, and we’ve gotten past the string of Regional Championships in Costa Mesa, Charlotte, and Portland. Now, with the release of Lucario-GX and the Collectors’ Tin promos, we finally have all the playable cards we’ll be getting until Forbidden Light becomes legal in mid-May. The only card we are missing is the lackluster Raikou-GX, to be released on April 20th. This means that the format used for Portland will be the same for the next month or so, encompassing not only our April League Cups, but also the Sindelfingen Regional Championship, the Latin American International Championship, the Salt Lake City Regional Championship, and the Toronto Regional Championship. With most of those dates being nearly a month away, we’ve got plenty of time for testing and exploration of this format.

After the back-to-back events in Charlotte and Portland, not to mention the array of Special Events and the Perth Regional Championships, we’ve now had multiple looks at what is possible in this Standard format. So much to analyze! As the title suggests, in this article I’ll be focusing on Pokemon with the “Safeguard” Ability, and how they’ve performed in this Standard format. That is, we’ll look at Pokemon with Abilities that protect them from some type of opposing Pokemon such as Pokemon-GX, Basic Pokemon, Pokemon that rely on Special Energy, or something else. Examples of this include Xurkitree-GX, Mew, Carbink, and, most importantly in our format, Hoopa. Hoopa, in particular, has seen success as the centerpiece of decks in multiple Regional Championships, and as such will be examined even more closely.

These kinds of cards are far from new; Pokemon like Mr. Mime from Jungle and Wobbuffet from EX Sandstorm have embodied this archetype nearly since the game’s release. In recent times, it was Pokemon such as Suicune, Pyroar, and Carbink that were the go-to walls, while Pokemon such as Regice, Jolteon-EX, and Glaceon-EX have managed the same effect via their attacks. Pokemon like these are certainly going to stick around in some form or another. Knowing what makes them effective, as well as when and how to play them effectively, will be a useful skill not just now, but far into the future. Before I go into the various ways to play these cards, let’s first look at why some of these Pokemon are so effective in this format, while others have seemed lackluster.

For any anti-meta card like Hoopa to be strong, the metagame needs two factors. First, the types of cards the Pokemon is designed to counter must be prevalent in the meta. Second, those decks that are adversely affected by the wall Pokemon must not naturally play any effective counters to that Pokemon. If this is the case, then you have a format full of easily countered decks; if this is not the case, then those supposedly countered decks either don’t make up enough of the format to matter, or won’t be adversely affected.

To figure out if these factors will continue to hold true, we can use recent Regional results to try and evaluate the meta. In my last article, I went over the results from Collinsville Regionals to show how to use that to make a prediction for the expected meta prior to the Charlotte Regional Championship. We’ll perform a similar analysis here, though instead of trying to predict future tournaments, we’ll instead just look at recent Regionals results to see what a player would have seen/should have expected. Thanks to RK9Labs, we once again have Regionals data, which we can look at to see how decks have performed thus far in our new Lucario-GX inclusive meta.

With this data, we can now look back to see if our above criteria were met during Portland Regionals. For our example, we’ll use the required criteria for Hoopa, since it has been by far the most successful of these Safeguard Pokemon in recent events. First, we want to look at what percentage of decks relied on EX or GX Pokemon as their attackers. Then, we want to take those decks, and estimate what percentage of them did not have an effective Hoopa counter.

The first question is easy to evaluate, as we simply look for the decks where the principal listed attacker(s) were EX or GX Pokemon. Looking at this data, we can see that out of the 469 decks, roughly 401 of them were EX/GX-focused, with the other 68 focusing on non-EX/GX Pokemon. Of course, this doesn’t mean that all 401 of those decks represented positive matchups for a Hoopa player, as only one of the criteria has been met so far. After all, a deck like Gardevoir-GX would be included in that 401, but due to the presence of Gallade in the deck, wouldn’t represent a positive matchup.

Now we have the slightly trickier analysis of figuring out how many of those 401 decks had a reliable non-EX/GX attacker (or other threats, such as Garbodor) that could effectively deal with Hoopa. Some testing here can also be important to figure out what exactly constitutes a reliable counter. As one example, would Rockruff or Riolu count? Given the prevalence of Lycanroc-GX and Lucario-GX decks, whether or not they can do this is a pretty big deal. For the purposes of this example, I’ll assume that the Hoopa player is playing a build that can reliably deal with basic Pokemon such as Rockruff and Riolu, but not decks that naturally utilize non-GX attackers such as Gallade or various Metal attackers. With that, we get to 252 decks that fit both criteria, or roughly 54% of the field.

What this means, effectively, is that once a Hoopa-based deck with our assumed build runs into one of those matchups, they will almost certainly win. Given the natural consistency of decks like Quad Hoopa, and the relative few attacking options for an opponent whose deck fits both of our criteria, these matchups will be about as close as you can get to auto-wins. In Portland, that meant that a player playing such a Hoopa deck could go into the tournament expecting to get five of these automatic wins! From that point, such a player would only need to go 1-1-2 or better in their other matchups to secure a Top-32 finish, or 0-3-1 or better for a chance at some Championship Points. It’s easy to see then how despite making up a small share of the overall field, some of these Hoopa players were able to do so well!

Likewise, we can also use a similar strategy to see why other wall-type cards, such as Xurkitree-GX, fail to have the same impact. While Special Energy are certainly well-utilized in this meta, the number of decks that would appear to be walled by a Xurkitree-GX are rather small, and the number of those decks that can play counters to Xurkitree are rather high. In this case, even a single Basic Energy could work for a lot of decks! So, unlike Hoopa, which can take a decent number of games from the opponent, Xurkitree-GX cannot provide that kind of consistent and immediate payoff. The same goes for Mew; while roughly half the field in Portland were reliant on evolved Pokemon for attacking, the presence of Tapu Lele-GX in nearly every deck makes Mew an easily countered wall. That isn’t to say that cards such as Xurkitree-GX or Mew are useless in this format, as they can still be decent tech Pokemon — but we’ll go into that a bit later in this article.