Hello PokeBeach fans and subscribers! It’s good to be back and I’m here once again to talk about a deck that I think has a good position in the current Standard metagame and how the popular matchups play out. Greninja is a deck that has been strong since the moment it came out and I don’t think it will ever stop being a good deck until it rotates. Portland Regionals just happened, and the results were nothing short of interesting. Greninja didn’t quite make Top 8, but it was very close. There were two present in the Top 8 at Charlotte as well. Some new decks emerged, and some other less popular ones made a splash. Let’s take a quick look at the results of Portland to see why certain decks did well and what the metagame looks like right now.

The results of Portland were quite interesting to me. This is because some decks that I wouldn’t have ever expected to do so well had big finishes and were played in higher numbers than I would have expected. Those decks are Sylveon-GX and Attacking Hoopa.  It wasn’t much of a surprise to see what else did well since they’re decks that we’ve all seen consistently do well, although seeing Espeon-GX  / Garbodor do well again was surprising. Now let’s look at why these odd decks did so well and talk about the new Lucario-GX Variants.

New or Unique Decks that Made Day Two

I was surprised to see Espeon / Garbodor do so well again since it was pretty hyped up for Collinsville and even with a field full of Buzzwole-GX  / Lycanroc-GX, there was enough Mewtwo and Zoroark-GX decks to keep it from doing too well. It seems that the introduction of Lucario-GX was enough to make Zoroark numbers decrease, and since Mewtwo doesn’t do too much to Lucario-GX it has been taken out of some lists. Mewtwo has also been replaced with Oricorio in Buzzroc as a better answer to Mew-EX. The lack of Zoroark and Mewtwo, the still big amounts of Buzzroc, the introduction of Lucario-GX to the format, and all of the odd decks like Hoopa and Sylveon doing well made a perfect field for Espeon/Garb, helping it take down the whole event.

Before the results of Charlotte, I had only seen the Hoopa at League Cups and it seemed like a smart idea since the format has such a lack of Non-EX/GX attackers right now. It seemed like the deck would struggle with ties and it wouldn’t pick up enough for anyone to want to take it to a big event, but I was very wrong about that. My friends Daniel Altavilla and Cody Butler had great runs with the deck taking it to a Top 16 and Top 8 finish. It was an amazing meta call for the tournament and with their addition of Giratina Promo the deck had only two bad matchups in Garbodor based decks and Vikavolt  / Tapu Bulu-GX. 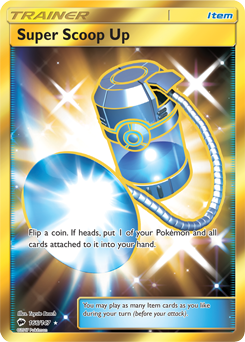 I expected Lucario variants to be good, I just wasn’t sure what versions would do well. I knew people were talking about pairing it with Buzzwole-GX, Lycanroc-GX, Octillery, Zoroark-GX, and Regirock-EX, but I wouldn’t have thought lists would include cards like Pokémon Catcher and Super Scoop Upor have such high counts of Regirock-EX and Professor Kukui. All those card inclusions make sense though as high counts of Kukui and Regirock make OHKO’s much easier for Lucario. Depending on your Regirock count, (which seems to be two or three in the lists that did well) it is possible to do up to 210 or 220 Damage with Aura Strike if you have Choice Band, Strong Energy, Kukui, and two or three Regirock out. That KO’s the majority of Pokemon you would expect to see.

Having Pokemon Catcher in certain builds makes it so you can take easy KO’s on Zoroark-GX and Tapu Lele-GX. Having Lycanroc-GX and Super Scoop Up serves the same purpose except you guarantee the initial gust effect with Lycanroc,  you have another attacker with a different weakness, you can re-use Lycanroc’s effect because of Super Scoop Up (which has the same coin flip as Pokemon Catcher does), and you have the potential to heal your Pokemon, as well as make better use out of Aura Strike.

Lucario is also naturally a good partner with Zoroark. Lucario Zoroark even made Top 8 on it’s first weekend of legality. Zoroark-GX adds incredibly consistency to any deck you can fit it in, and of course gives you an alternate attacker. Although it makes you weaker to other fighting variants, it does give you a good attacker against Espeon-EX and Mew-EX. Having access to Double Colorless Energy also makes it possible to use Lucario’s GX attack even if you missed an attachment and had to leave it stranded Active for a turn. Lucario’s GX attack does the same thing as Tauros-GX’s, so sometimes you’d rather take advantage of that and hit for tons of Damage if it’s a better option than healing.

When Sylveon-GX first came out it had tons of hype and was doing well in Japan, but it didn’t have great showings in the US.  One of its biggest problems was Hex Maniac was legal. Once Hex Maniac rotated, it still did poorly because decks like Greninja, Volcanion-EX, and Metagross-GX were popular enough to keep it from having a strong place in the metagame.  It’s had some decent showings at a few events since, but I never thought it would do so well and be so popular at an event. Since a lot of decks run lower counts of energy (mostly Zoroark Variants) and current decks either can’t KO or struggle to have a way to KO a Sylveon, the deck was a good call for this tournament.  It could have taken the event if Espeon, Bulu, and Hoopa (because of Oranguru) hadn’t done so well. However, it definitely makes sense how it did well against all the Zoroark and Buzzroc decks. I’m not sure if Sylveon will continue to be a big part of the metagame moving forward since people can tech in Oranguru.  It may just become the Bunnelby of Standard until people decide they’re sick of playing Sylveon.