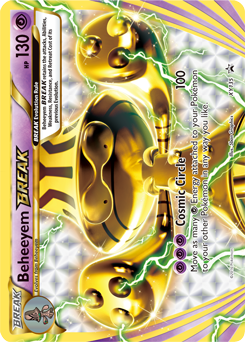 The Pokemon Trading Card Game is a constant affair, but for many of its individual participants, circumstances can change and one may not be able to play as competitively as they once did. For these players, this means a significant decrease in tournament attendance over a lengthy period of time. However, you don’t have to set yourself up for a poor performance in your initial return to the competitive scene; in fact, you can very well win your first tournament after a year’s absence!

In today’s article, I’d like to help you subscribers who are presently or will soon be inactive in the competitive tournament scene. We will go over the current structure of the tournament system, the types of breaks you could take, factors and considerations you should take into account before taking a break, how to go about making your break productive, and ending with a list of dos and don’ts related to your inevitable return.

It’s no exaggeration to say that the current tournament season is a grind. Between League Challenges, League Cups, Regional Championships, Special Events, and International Championships, you could easily spend every weekend playing Pokemon if you’re serious about getting your invite. This is doubly true if you want to be among the top-ranked players of your region to gain extra travel stipends and an automatic day two invite to Worlds, which requires constantly increasing your Championship Point count to stay competitive with your rivals.

Granted, choosing which direction to take your own season in depends heavily on your early performances. Still, the silver living of a year-round system such as ours is that you can score great achievements while not necessarily going to every tournament. While your early results may not seem enough to qualify you for contention for that day two invite, you can still make the most of the time you do have to play even if you take time off from competitive tournaments.

Not all breaks are equal — different types can have different impacts on your competitive future. Listed below are the two most common kinds of breaks you see, alongside a third kind of quasi-break worth discussing.

Most competitive players simply don’t take a break, but in case you do, then this is the most likely thing that will happen. Either you had a great start to the season and just opted to coast until the World Championship, or you started poorly and decided to hop off of the seasonal merry-go-round. Regardless, the defining trait here is that you are out of the season for a portion, but not entirely.

Players with more modest or targeted goals (e.g. “get invited to the World Championships” or “win a Regional”) can function fine with this sort of break; however, players with more strenuous aspirations, such as staying in the top tier of their rating zone, are essentially unable to take a months-long break.

Several players take an entire season off — and sometimes even more than that. I find that players doing this are simply distracted or dissatisfied with the game, and may want to quit. However, in the rare case where you are a player who wants to keep playing but has other time commitments, you will be facing an uphill battle to stay fresh whenever you return to competitive play.

Rather than taking a break, you can just focus your season on a specific level of tournament. If your goals are fame and fortune, then maybe you’re playing in nothing but Regional and International Championships; if you’re simply interested in obtaining a Worlds invite, or being the top dog of your locals, you might just play in League Cups and one or two Regionals. While this is not a break in the traditional sense, it is a sort of abstinence from Pokemon you don’t see from the most dedicated players.