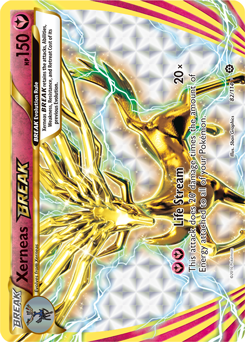 Hello PokeBeach! This is Grant here, and I’ve got a few more interesting decks to share with you guys today. I mentioned in my last article that I would be testing Xerneas BREAK, so I’ll share my version of that. Xerneas is actually a decent deck, and I played it at two League Cups. As for Charlotte Regionals, I ended up going with Alolan Ninetales-GX of all things. Ninetales was actually a strong call for the meta at Charlotte, but I unfortunately ended up playing against random stuff for seven rounds and only faced two expected decks. Additionally, it seems like Greninja BREAK is well-poised in the current meta. However, is is always risky to play Greninja after it sees success because there may be an influx of Giratina. I also think that Quad Hoopa is busted, but I haven’t played with it enough to offer a comprehensive review. So for now, you guys are stuck with Xerneas and Ninetales (which are still great decks, don’t get me wrong).

I wish I could regale you with stories of triumph for the blue deer, but my League Cups were nothing special. However, I think tournament experience of any sort adds at least a little bit of value to deck analysis. Here’s how the first one went:

Barring one strange game against Silvally, all of my losses were handed to me by either Ho-Oh or ZoroPod. The two losses against Ho-Oh were actually complete flukes, the matchup is favorable. The first time I lost was due to my second Guzma being in my last two Prizes. In that sense, I got punished for playing only two Guzma. However, my opponent also managed to draw his fourth Guzma and a Fire Energy off an N to two. That was with a fairly thick deck because Ho-Oh doesn’t really thin well. The combination of all of those things happening was how I lost, and it was extremely unlikely. I also wasn’t playing Pal Pad that day, but I added it in for the next day. The second time I lost to Ho-Oh was because I opened with Tapu Lele-GX and six Energy. That was fun.

All of my losses against ZoroPod were against the version with double Parallel City, double Enhanced Hammer, double Acerola, and Max Potion. The combination of each of those cards make the matchup somewhat unfavorable, though it is still winnable. My Top 8 opponent commented that he was expecting to lose the matchup going in, and later that he thought the matchup would be unfavorable for him if he didn’t run Max Potion. I agree. I lost due to him being able to heal and Guzma in the same turn. It was quite annoying. He used Parallel City, Enhanced Hammer, and Guzma to regulate my Energy so that I couldn’t quite get up to 210 damage. He would then use Puzzle of Time to recycle Max Potion and the Acerolas.

I was able to beat Buzzwole and other Zoroark decks because they are favorable matchups. 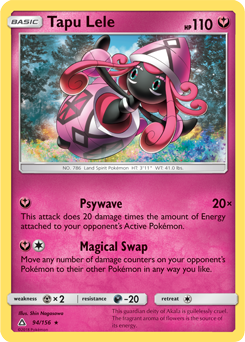 One noticeable thing about this list is how simple and straightforward it is. There are no tricks like Necrozma-GX, Tapu Lele, or Garbodor. Xerneas BREAK is at its best when the list is focused on pure consistency. I ran a similar list at two League Cups, though I did run one Field Blower. The single Field Blower was helpful and it is great against Buzzwole-GX / Garbodor. However, BuzzGarb seems to have lost a lot of traction since Collinsville so I’ve opted to cut the Blower. Feel free to cut a Fairy Garden or a Nest Ball for a Blower if you want to have a better BuzzGarb matchup.

The strategy of this deck is quite linear. You use Geomancy and Max Elixir to pile Energy on the board and then use Xerneas BREAK’s Life Stream to do a ton of damage. Most other decks in the meta have a real hard time dealing with an endless train of Xerneas BREAKs. This deck is similar to Raichu-GX, except it’s not terrible and doesn’t lose to Fighting. Oh yeah, and one more thing! No Exp. Share! I tested with Exp. Share and wasn’t getting much value out of them because they would always get Blowered. You could try cutting a Nest, an Energy, and maybe some other things to try out four Exp. Share. It’s certainly not bad, but I like this version better.

This deck is very straightforward. In the early turns, use Geomancy. Once you have enough Energy to start taking 2HKOs (and eventually OHKOs) start spamming Life Stream. You could run a fourth Xerneas BREAK because there’s rarely a bad time to have it, but you also need three Super Rod which makes up for only running three BREAK. I’d much rather have the third Rod than the fourth BREAK.

This card doesn’t really need an explanation. It is mainly to help find Brigette on turn 1. It can also be of use later in the game to find a specific Supporter, as the deck lacks the explosive draw power of Zoroark-GX. You could run a third Lele, but starting with it is terrible.

Mewtwo is very important in this deck because of Buzzwole. A fast Buzzwole could easily run through the deck if Mewtwo wasn’t there to offer a quick, efficient solution. You can slap a Double Colorless Energy and a Choice Band on Mewtwo and Buzzwole gets slowed down considerably. Mewtwo is also a decent 2HKO attacker if you do not want to sacrifice a Xerneas BREAK with two Fairy Energy. Psychic may not be enough to 2HKO on its own, but usually it can prep for a Life Stream follow up.

There aren’t many Pokemon in this deck because you always want to start with Xerneas. While Oranguru is an undesirable starter, he is definitely necessary so that we don’t lose to N. Oranguru is actually a solid attacker in this deck too. Sometimes you power him up almost on accident in order to use Life Stream, and Psychic can be quite powerful at times.

Any more than one Brigette clunks up the deck later on in the game. This deck is not as reliant on Brigette as Zoroark is, and we also run two Nest Ball in case we don’t find Brigette turn one. Nest Ball is also quite useful in conjunction with Super Rod. It allows you to easily recycle Xerneas or even Mewtwo when needed.

Two Guzma seems low, but it is enough. You usually use both Guzma each game and seldom need to use it a third time. However, if one is buried in the Prizes, or if you have to discard one early on, it can be problematic. 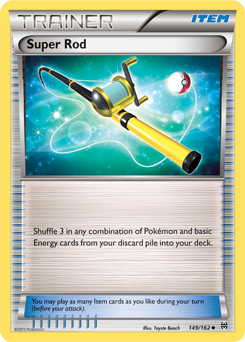 Shuffle-draw is preferred for this deck because there’s almost never anything that you want to discard. Every card can be useful in every matchup. If I could cut the two Professor Sycamore in favor of six Cynthia, I would do that in a heartbeat. 10 draw Supporters is enough to make the deck consistent without the use of Octillery or Zoroark. Four N is also great against Garbodor decks because they do not run Octillery or Zoroark to get out of it. The Pal Pad is versatile. I included primarily to reuse Guzma if I have to discard any early on. I also use Pal Pad to shuffle Cynthia back into the deck as Cynthia is the most useful draw Supporter overall.

While the rest of the Items are fairly obvious, the three Rods may be a bit of a head scratcher. I tested the deck with two Super Rod and I always wished I had a third. Super Rod is great because it can recycle Energy for mid-game Max Elixirs. Super Rod is also crucial because it recycles Xerneas so that your opponent may have to fight through six Xerneas in a single game. Super Rod is useful against Buzzwole as well because it can get back Mewtwo.

I’ve been messing around with the counts of just about everything in this deck for quite awhile, and this high Energy count works well. We want Elixirs to hit and we want to be able to find DCE at critical moments. You can try trimming down just a little, but for the most part, the more Energy the better.