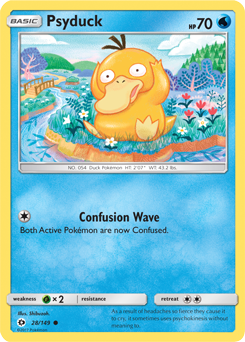 With that being said, we need to be able to prepare for this event and we need to pick a deck to play, learn how to play it, and have a bit of luck on our side to prosper. In this article, I want to explain how I am picking my deck choice for this event, go over lists for Buzzwole-GX / Garbodor and Zoroark-GX / Golisopod-GX, and share some strategies about those decks. As always, I put in the effort to put all of my ideas and theory to the test to provide you with a valuable article. So without hesitating, let’s jump into how I am picking my deck for Charlotte:

My thoughts on this subject have bounced around for various tournaments and I decided on a slightly different method for my deck choice in Charlotte. Now before I get into the exact method of picking my deck for this event, it is necessary to go over the different methods to picking a deck for an event — here they are:

While there may be more methods of picking a deck or slight variations to the methods listed, that list is sufficient for most. For me, my deck choice isn’t unique, but I am fine with that because I know how to play my deck.

In an unlikely turn of events, I had the opportunity to meet up with my long-time friend Raymond Cipoletti, an ex-Pokemon player and current professional Hearthstone player, and he brought some important insight. We randomly met up in Toronto with a clash of my League Cup and his Hearthstone tournament so we decided to kick it for a few hours. After a few hours of discussion, I ultimately asked Ray what I should play for Charlotte — Buzzwole-GX / Garbodor or Zoroark-GX / Lycanroc-GX. This question may seem awkward at first, but I am always interested in hearing from a fresh perspective and Ray offered me some compelling advice.

In the most basic way, Ray asked me which deck I would rather play versus a professional player. My answer immediately was Buzzwole-GX / Garbodor; it was that simple. His premise was that if you played a Zoroark-GX deck that you could play well, but not as well as another player, it was simply a bad choice. While I do think Zoroark-GX decks are strong, I have played them less than Buzzwole-GX decks and would not play as optimally as I would with a Buzzwole-GX deck. In the end, I decided to go with the deck that I was most comfortable with instead of playing the perceived best deck in format.

Overall, I was happy that I had picked my deck early enough before the event and that I could use that time to decide on the last few spots of my list. Luckily for me, I recently played in a League Cup in Niagara Falls, ON where I was fortunate enough to win the whole event with Buzzwole-GX / Garbodor. I will share the list I am currently planning to play for the event below: