Lucario-GX is the new Golisopod-GX for Zoroark-GX decks. It comes with a better typing, a set of better attacks, and an easier requirement to fill in just having to have evolved your Lucario-GX during your turn. Zoroark-GX being public enemy number one in the Standard format makes Lucario-GX an instantly viable card. When it comes to pairing it with other support, Zoroark-GX is the easy answer because Trade is so strong and helps you pull off the combination plays you’ll be looking to make. Granted, other partners for Lucario-GX do exist, like with Lycanroc-GX or even Garbodor! These versions are less consistent and rely more on things like coin flips from Super Scoop Up to keep generating offensive pressure. While I do like that those versions can be even more aggressive than a Zoroark-GX deck since they focus so much on spamming Lucario-GX as quickly as possible, the tradeoff of losing Trade and Riotous Beating is way too much for me to ever part with.

Zoroark-GX is the best counter play to an attacking Mew-EX, also, which just so happens to be a way that players will opt to counter Lucario-GX as it is weak to Psychic. Riotous Beating pairs perfectly with a full Bench for a one-hit Knock Out on a Mew-EX. This play puts your opponent right back to where he or she started and you’ll be ready to attack with Lucario-GX again.

While Aura Strike is certainly not as strong on turns where you didn’t just evolve into Lucario-GX, it’s still excellent against opposing Zoroark-GX when you have a couple Strong Energy attached as well as a Choice Band and a Regirock-EX in play. Lucario-GX isn’t a perfect card, but I think the best part about it is that incredible GX attack. Cantankerous Beatdown GX is long and hard to say, but it’s going to be equally hard for your opponent to play around. Let’s say a Lucario-GX comes into play and takes a Knock Out on a Zoroark-GX. In response, your opponent will need to take it down in one hit or do just a little bit of chip damage to avoid yet another one-hit Knock Out with the GX attack. As said earlier, this is extremely difficult to avoid and makes Lucario-GX an absolute tank.

As a general aside, I think Parallel City is a format-defining card right now and decks with a high-power ceiling make the best use of it. In the past, Lycanroc-GX was an amazing way to utilize Parallel City as you can use Bloodthirsty Eyes to pull up a threat and then drop a Parallel City, using it to limit your opponent’s Bench. In doing this, you are likely to eliminate multiple threads at once and pull off big turns. Lucario-GX doesn’t have an Ability quite like that, but a Parallel City being played alongside a one-hit Knock Out from Aura Strike against a Zoroark-GX asks your opponent for a lot to come back with a one-hit Knock Out of his or her own, even with Mew-EX. With a limited Bench, he or she will need to find a Field Blower or Float Stone to not only get Mew-EX into play but get it into the Active spot. Lucario-GX isn’t easily countered and even if a Mew-EX is the one for the job then you can knock it out right back for easy Prizes to continue your lead in the Prize race. Let’s look at the list I’ve been using, created by my teammate Rukan Shao, to give you a better idea of what we’re looking at…

As explained in my last article, each explanation will include a “cut” factor. This percent will represent the chance that I could see myself cutting any of the cards mentioned. The higher the number, the more likely I would be to potentially take it out for something else.

Four Zoroark-GX is a must for consistency. You want to be able to pull off your Lucario-GX evolution combos as often as possible and having as many Zoroark-GX out as you can helps that happen.

I think that you need three Riolu as a base in this deck. As you may know, many Golisopod-GX decks have cut down to two Wimpod in contrasting fashion, but the requirement of evolving into Lucario-GX during your turn makes three Riolu a must. Many decks are going to try to target down the Riolu before they can evolve as well, so having a stockpile of them is going to come in handy.

Since having a Riolu on your Bench is such a big deal, having three Tapu Lele-GX becomes less of an issue. You still have a strong chance of getting the first turn Brigette as well.

One Tapu Koko, One Regirock-EX, and One Mewtwo | Cut Factor: 25% 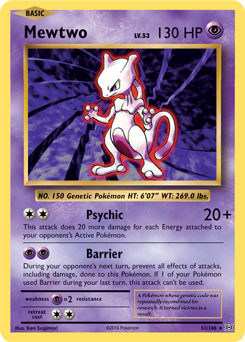 For tech Pokemon this is what I’ve got! Tapu Koko is super nice to set up Knock Outs with Lucario-GX on Pokemon that aren’t Zoroark-GX. Ho-Oh-GX has been a difficult matchup without it as well, so I would recommend keeping this card in for that, too. Having a Pokemon with free retreat is super nice and allows you to cut Float Stone from this deck altogether.

Regirock-EX is nice to buff out Aura Strike’s damage in a variety of situations, the most important being the following:

This math is particularly useful against Zoroark-GX, leading to a one-hit Knock Out after Weakness. You don’t always have the luxury of evolving each turn, so the Regirock-EX can be crucial to hit certain numbers.

Mewtwo is the Buzzwole-GX counter of choice for this deck since it can also take Mew-EX down in one hit. Mew-EX is a “counter” to Lucario-GX, so you’re going to be certain to see it multiple times in a tournament, giving Mewtwo some usability outside of the Buzzwole-GX matchup. Not to mention, it’s also great against Espeon-GX, a deck that’s picked up in popularity. Regirock-EX or Tapu Koko is likely the most expendable of these cards.