Hello PokeBeach readers! I’m excited to be back with my second feature for the site, this time on the topic of Dallas Regionals. Today’s piece will be a bit of a collection of post-Dallas thoughts, with most being in relation to how the results from Dallas will contribute to shaping the format. Toward the end, I’ll go into my opinions on the Expanded format overall and offer some ways that you may be able to take advantage of the current state of the metagame. This one will have a little less structure than my articles tend to, but it will allow me to cover a wider spectrum of information, so hopefully you all can pull something useful from it!

I played Gardevoir-GX for Dallas. My run was less spectacular than I had hoped, seeing a 6-1 record become a 6-3 record after a long series of suboptimal draws. I was particularly frustrated in this case as I have thus far been unable to identify misplays in these rounds. While poor draws are inevitable in card games, I can’t help but feel there may have been a course of action that would have yielded a better result, at least in round nine (round eight was a mirror match that I had no realistic hope of winning due to several differences in our lists). That said, I’m remaining optimistic looking forward to Collinsville, and I’m genuinely excited to see what decks come out on top in the BKT-ULP metagame. 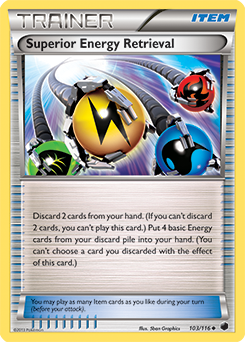 In retrospect, the only card I would change would be to remove a basic Fairy Energy for a Superior Energy Retrieval. I lost a mirror match in round eight that was probably seven or eight cards different, and this was the one that stood out to me the most.

There are a couple of topics that I’d like to address pertaining to Dallas as an event, however, as it had a unique aspect in that the venue was a hotel within the airport. This yielded advantages and disadvantages, the most notable of which I’ll list here:

My purpose for including this is to serve as a message to TOs from a player’s perspective. Having a hotel as a venue was fantastic, but the hotel being within the airport was a little cumbersome. A happy medium would be a hotel venue that is close to the airport (so that the hotel would have a free and easy-to-use shuttle) but not within it.

That all said, I’d like to address the meat of the article: Expanded after Dallas.

Players anticipated Zoroark-GX to be extremely common at Dallas, and this was absolutely the case. Even with this assumption, it appeared in still greater numbers than many had anticipated, myself included. I had assumed that the deck would follow a similar course to the previous top tier decks of this season’s Expanded metagame and take a hit to its slew of counters. This could not have been more wrong. While Drampa-GX / Garbodor did emerge as an effective counter from a small group of elite players, Zoroark-GX generally did an incredible job of responding to hate over the weekend. Eventually, each of the Garbodor decks fell to the fox, meaning the best Zoroark-GX lists at the event were capable of handling it fairly well. Out of the top 38 decklists, Zoroark-GX is featured 23 times, just under 61%. The Top 8 was comprised strictly of five Zoroark variants and three of its direct counter in Drampa / Garb. 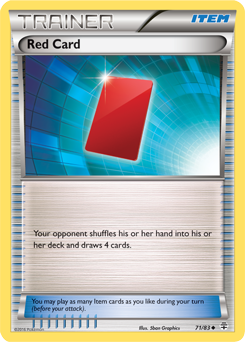 Red Card was part of the reason for the dominance of top lists. The ability to limit an opponent’s resources coupled with a Ghetsis or Hex Maniac, depending on the matchup, was often capable of sealing a game and secured a major advantage at the least. Puzzle of Time made abusing this combo incredibly easy, allowing the user access to it twice comfortably and three or even four times on occasion. This may not sound like a large number, but the combo reliably results in at least a single Prize advantage, though often two, for the user. The ability to use it twice in a game results in a two-to-four-Prize lead with no opportunity for punishment or counter play. I’ll go over how healthy I feel this combo is later in the article, but its effectiveness in undeniable. Coupling the ability to one-shot almost any attacker in the format with some of the most powerful disruption in the format was, unsurprisingly, a winning pair.

Zoroark-GX’s consistency meant it often found wins against unfavorable matchups strictly because it would almost always have the cards it needed in any given situation. Any time a player failed to play N, the Zoroark-GX player would add another six cards to their hand. Even with an N, Exeggcute would allow for Trade to turn an N to one into an N to seven — eight with the topdeck. Every time I sat across from a Zoroark-GX deck over the weekend, they had a 15+ card hand at some point during each game. Though this only culminated in a loss for me once, it made playing against them very linear in that my strategy simply had to be to knock them out faster than they could knock me out. In this sense, games felt boring, but there are minimal odds that this will be soon to change.

Unless a more steadfast counter appears, I would advise that you start acquainting yourself with your Zoroark-GX deck of choice. With Red Card likely becoming a staple inclusion after Dallas, Zoroark-GX variants on the whole will become even more powerful moving forward than they were for this event.