Hello ‘Beach goers! Dang! It has been a while since I last wrote but I am excited to be back. The last six months have been some of the hardest months of my life up until this point. Between graduate school, starting my own YouTube channel and continuing to teach full time, I feel like I barely have time to take care of myself anymore. That being said, I’m happy to be writing again. Writing for PokeBeach holds a special place in my heart. This is where my Pokemon career really took off. Writing feels less like work, and more like a vacation from my other various responsibilities. I’m happy to be here, and no matter how hectic my life gets, I love the work that I do for this site. In this article, I will be reviewing my deck choice at the recent Memphis, TN Regional Championship. Then, I will be elaborating on the topic of Bench management and Parallel City in the Pokemon TCG.

I just recently returned from the Memphis, TN Regional Championships where I was able to finish fourth in a field of nearly 1,000 masters competitors playing Buzzwole-GX / Lycanroc-GX. I am happy with how my deck performed at Memphis and am thankful to have another Top 8 Regional finish. In fact, this finish marks the fifth consecutive year that I have posted a Top 8 Regional finish! Alongside my Top 8 International Championship placement in July, this finish has me feeling pretty confident about my potential to eventually capture another big title event.

About a month before Memphis, I was at a loss for what to play. I had continued to dabble with Decidueye-GX variants at local League Cups after my Top 32 finish in Hartford, Connecticut, but wasn’t seeing a ton of success with them. When Crimson Invasion dropped, I was immediately interested in testing with Buzzwole-GX. The card reminded me a lot of Landorus-EX, one of my favorite cards ever printed, so I built a draft of Buzzwole / Garbodor to begin testing. Unfortunately, my testing didn’t go too well, so I decided to wait for results from the European International Championships before continuing to test for Memphis.

After the EUIC concluded, I was intrigued by Gardevoir-GX / Max Potion and Decidueye-GX / Zoroark-GX. The decks seemed strong and I already had a lot of experience piloting both archetypes. My friends and I built all the Top 8 decks from the event. After grinding out some testing games and taking Decidueye GX / Zoroark GX to a League Cup, I was still not confident with either deck. When Gardevoir and Decidueye set up, they are amazing, but I started to become frustrated by the natural inconsistencies of Stage 2 decks in general. As we tested more games, basic decks and Stage 1 decks seemed to have a clear advantage over Stage 2 decks. I became very fascinated by the Buzzwole-GX / Lycanroc GX decks that finished in the Top 8 of the EUIC.

After testing a few games with Buzzwole GX / Lycanroc GX, my friends and I quickly determined that the deck was beast mode and could blow anything out of the water if the opponent didn’t have an answer to it. Since the deck did not finish in the Top 4 of the EUIC, it had also still managed to fly a bit under the radar as a top competitor. Excited about the potential of the deck, I took it to a League Cup, but was stomped in Top 8 by my friend Riley Hubert’s Decidueye GX / Zoroark GX deck. I couldn’t believe how well he made the deck run and with a copy of Mewtwo to boot, I got promptly destroyed. I was disheartened by the fact that a deck that I considered to be one of the most powerful decks in Standard Format could be toppled so effortlessly by Decidueye. Intent finding a way to compete with Decidueye, I scrambled for options and eventually started testing my favorite Stadium, Parallel City.

I tested a few games of Buzzwole with Parallel City and decided that it was the answer that I had been looking for. Parallel makes Buzzwole aggressive in a whole new way. With Lycanroc’s Bloodthirsty Eyes and Parallel City, the deck can simultaneously pick off Pokemon on the opponent’s Bench while also limiting the number of options to which the opponent can pivot. The timing was perfect too. After the EUIC, everyone seemed to be cutting Field Blower counts because of the lack of Garbodor in the metagame. With less Field Blower being played, Parallel proved to be an excellent call for the Memphis Regional Championships. I consistently forced my opponents into compromising situations with the Stadium, and attribute much of my success to the inclusion of Parallel. For anyone who hasn’t seen it, here is the list I used to finish fourth place at the Memphis Regional Championships.

Though I could talk at length about the inner workings of this deck, the thing that makes my list unique is the inclusion of Parallel City, a card that I feel is vastly underutilized in the current Standard Format. The remainder of this article will focus on the concept of a Bench and Bench management in the Pokemon TCG. Then I will go into the effectiveness of Bench limiting cards like Parallel City and their place in both Standard and Expanded Formats.

Bench Management in the Pokemon TCG

Proper Bench management has long been one of the most essential skills to develop as a Pokemon TCG player. Benching the wrong Pokemon can set your deck off course turns down the line. In most circumstances, you have an Active position and five Bench spots to work with in order to formulate your strategy to win. What you place on your Bench greatly depends on what deck you are playing, what strategy you are trying to employ and what strategy your opponent is trying to use against you. It takes good judgement to know when to fill your Bench, and when to save room for another Tapu Lele-GX. There are a lot of things to consider when filling your Bench, and it is my goal here to shed some light on the things you should be thinking about when formulating a Bench in the Pokemon TCG.

Having spent some time playing with Wizards of the Coast era cards as well as formats through the early 2000s, I have pretty firm knowledge of the kinds of Bench management strategies that occurred throughout the history of the game, and the impact of gusting cards on the Pokemon TCG. Bench management and gusting effects go hand in hand, because a lot of what goes on on the Bench has a lot to do with how much an opponent has access to it! Bench management and gusting have a huge impact on the game today, so I think it will be beneficial to talk about where the game has been with these two essential TCG entities.

Wizards of the Coast Era

In Base to Fossil sets, there was a ton of hazing cards. Powerful Trainers such as Gust of Wind, Computer Search and Item Finder meant that bringing up a card on opponents side of the field was always an option. However, despite the powerful field disruption cards that existed, there was no way to remove a Pokemon from an opponent’s hand during this time. There was no equivalent of N or Rocket's Admin., so if you had a Pokemon in your hand, you could rest assured that it was staying there. However, there was always the looming question of when is the ideal time to Bench a card.

In the original Base Set Format, you wanted to make sure that you benched whoever you were going to promote to attack next before your Active Pokemon got Knocked Out. If you didn’t have your next attacking Pokemon lined up and ready to go, you would have to find a copy of Switch or Scoop Up in order to get the proper Pokemon into the Active position. If you benched a Pokemon too soon, however, your opponent could Gust it up and attack it. Otherwise, you wanted to keep the Pokemon in your hand in case you needed to use it to discard with Computer Search or Item Finder — or just to keep it safe. Although there weren’t many evolution Pokemon played during the original Base Format, you always wanted to set up Basics that would evolve as soon as possible, and preferably in sets of two. 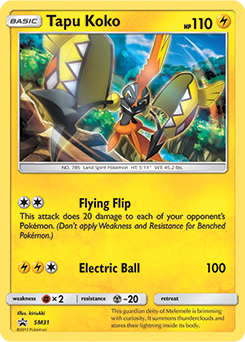 The Bench situation changed with the release of Jungle and the introduction of Scyther. Scyther was not only revolutionary because it resisted the popular and overpowered Hitmonchan, but also because it boasted free retreat! The benefits of a free retreater are astounding: by promoting a free retreater, you don’t have to know who you want to attack with until after you draw your card and perform your entire turn. A lot of information can be revealed during a turn, information that will inform with what you should be attacking by the end of the turn. Free retreaters allow you to be simultaneously more secretive and responsive with your strategy, making them invaluable.

As the game evolved, Pokemon realized that giving players infinite access to their opponents Bench was a bad idea and limited the potential for creative deck building. To fix this, Nintendo nerfed the overpowered Gust of Wind by replacing it with the less exciting Pokémon Reversal. Pokemon Reversal was a Gust of Wind that required a coin flip. Although some decks utilized the card effectively in their strategies, the coin flip deterred many decks from playing gusting cards all together, and allowed set up Pokemon to see play. Many players agree that limiting gusting power slowed games down and forced players to plan out their strategies turns in advance, increasing the skill required to play the game.

Although gusting cards were not as big of a deal, Bench management and planning still played a huge role in strategy. Supporter Cards like Steven's Advice which was printed in both 2004 and 2007, allowed the player to draw up to as many Pokemon as the opponent had in play. This means that if the opponent has six Pokemon in play, you got to draw six cards. Denying your opponent a powerful turn with Steven’s Advice was a valid strategy. Additionally, Pokemon like Ludicolo dealt more damage for the number of Pokemon in play not named Ludicolo, meaning that the more Pokemon the opponent puts in play, the more damage your Ludicolo is going to do!

With the exception of the format defining Luxray GL LV.X, whose Ability will appear familiar to anyone who has read Lycanroc-GX, catcher effects remained relatively tame until 2011 when Pokémon Reversal took the format by storm. Many competitive players consider 2011 to be one of the worst eras of the game, largely because of the luck factor involved with Reversal flips.