Hello everyone! Grant here. I just got back from Memphis Regionals, and I had been fully expecting to have a Top 8 report for you guys, but it looks like Ahmed and Andrew will have that honor this time around. I unfortunately ended up 5-4-0 with an unusual Greninja list, but I’ll try not to waste too much time talking about that.

The results from Memphis were certainly interesting. I had been expecting tons of Zoroark-GX / Lycanroc-GX, which proved to be a correct prediction, but I was surprised to see Gardevoir-GX and Greninja BREAK flop, as they were my two top picks. I spent a great deal of time testing M Scizor-EX, Quad Wobbuffet, and Sylveon-GX variants, but I ultimately found none of them to be strong enough to bring to the tournament. For this article I’d like to briefly cover the decks that appeared in Memphis, and then share two rogue decks that I’ve succeeded with at recent League Cups.

It’s probably safe to say that Zoroark-GX / Lycanroc-GX (henceforth known as Dogs) dominated Memphis to a greater extent than anyone was expecting. 10 of the 35 day two competitors played Dogs, and four of them advanced to Top 8, where Michael Pramawat used the deck to snag his record seventh Regional win. However, it bears consideration that both Sam Chen and Ryan Sabelhaus played the deck and did not make day two. These are two of the greatest players in the game, playing the most dominant deck, so I suppose their luck must have been truly awful that day.

In my opinion, Dogs has a lot of questionable matchups, so I suppose it did so well because it is extremely consistent and because many top players chose to pilot it. Usually, a clique of top players chooses the same deck for a given Regional, and then that deck wins the Regional. This is evidenced by Volcanion-EX in Hartford, Garbodor / Necrozma-GX in Daytona, Night March in San Jose, and now Dogs in Memphis. Does this mean that the deck is the BDIF? Not necessarily. Of course Dogs is a “good” deck, but this is just something to keep in mind.

The second most popular deck in Memphis was Buzzwole-GX / Lycanroc-GX. This means that Lycanroc-GX was included in 19 of the 35 day two decks, or about 54%. This is noteworthy because Lycanroc-GX was previously almost nonexistent in Standard, but new cards such as Zoroark-GX and Buzzwole-GX can now serve as the partners it needed to jump onto the competitive scene. Even after Buzzwole-GX / Lycanroc-GX took two Top 8 placements in London, I thought the deck completely sucked. My opinion has since changed. I think it succeeded in Memphis because of its innate consistency and unique ability to pick on Zoroark variants via Weakness. I do think its matchups elsewhere are suspect; however, being able to hit for 180+ damage by turn two or even turn one in this format is absolutely insane. This deck can also slaughter Tapu Lele-GX better than pretty much everything else. In a nutshell, Buzzwole-GX / Lycanroc-GX has a very easy time taking six Prize cards each game and I expect it to be a consistently strong force in the Standard metagame for some time.

Shoutout to PokeBeach’s own Andrew Mahone for making Top 4 with the deck! (But let’s all give him a hard time for using three different Buzzwole-GX arts…)

I’ve never really been a fan of “Tord.dec” and I’m not surprised by the middling success it saw in Memphis. Three made day two, and one advanced to Top 8 — a fairly vanilla finish for one of the most hyped decks in the format. The deck is obviously consistent, but it seems to be largely outclassed by the two decks I’ve just discussed above. I don’t have too much to say about this one; it is still a decent contender and will see a little bit of play, but I don’t recommend playing it or expecting too much from it from now on.

Alright, this is the deck that everyone loves to hate. I’ve covered VikaBulu quite a bit in some of my articles this season, and it was one of my most-tested decks. I even made Top 64 in Hartford with it. However, I completely abandoned the deck sometime about two weeks before Memphis, as I no longer considered it viable. The fact that even John Roberts II, the “Bulu God” himself, also abandoned it solidified this belief. And then it goes and takes three day two placements at Memphis.

While this may be a point of controversy, I think VikaBulu is similar to Gardevoir in the current format. It is a somewhat inconsistent Stage 2 deck that theoretically has fantastic matchups and blows everything up. When you look at the Memphis meta, its success is no surprise: the deck destroys Zoroark-GX, Lycanroc-GX, and Buzzwole-GX, and plenty more besides. But this comes at the cost of a sketchy Gardevoir-GX matchup — as well as the phenomenon known as “Bulu hands.” The deck is extremely powerful, but its consistency wavers when your opponent starts mowing down your Vikavolt.

Gardevoir-GX, the Standard powerhouse and (previously) uncontested BDIF, had a whopping two placements in the Memphis day two. That’s right, TWO! I was surprised, to say the least. While Gardy can be inconsistent and clunky at times, at least compared to Zoroark-GX variants, I still think it is the BDIF. Its lack of success in Memphis can probably be contributed to its unpopularity among top players as well as its occasional inconsistencies. I haven’t played the Gardevoir-GX versus Buzzwole-GX matchup, but every Buzzwole-GX player has told me that it’s far too easy to rush the Gardevoir-GX player and take control of momentum in the game. Gardevoir-GX can easily destroy a loaded Buzzwole-GX (or Lycanroc-GX), and it is difficult for the Buzzwole-GX player to come up with a response OHKO, let alone build a third attacker to do it again. Currently, though, this is just speculation. In any case, I wouldn’t be surprised to see Gardevoir-GX make a resurgence, at least until Ultra Prism comes out with all its Metal-types. As was the case with VikaBulu, this deck has great matchups and lots of power, but it can be clunky at times. 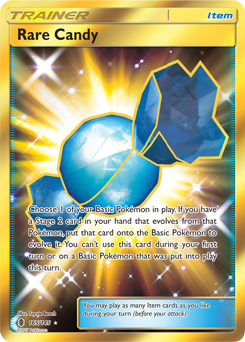 I basically want to copy-paste everything I said about Gardevoir-GX into this section, even though it is a wildly different deck from Decidueye-GX. Decidueye-GX is a slightly clunky Stage 2 deck that had a lot of hype going into Memphis, and yet it took only two spots in day two. I think this deck is okay, but at Memphis it was simply outclassed by the other top decks of the format. It can also struggle trying to deal with Buzzwole-GX.

I think it is quite funny how this deck completely fell of the face of the earth after being one of Standard’s top contenders for several weeks, and then Azul randomly brought it back for a second-place finish in Memphis. (I heard that Brad Curcio also played the deck, but unfortunately dropped from the tournament due to sickness.) Golisopod-GX / Garbodor has something special going for it: an absolutely incredible matchup spread. Every other relevant deck has a difficult time defeating a stream of Golisopod-GX while under Ability-lock.

However, I also think that this is one of the clunkiest decks in the game. Its clunkiness was perfectly demonstrated in Memphis’s finals, where Michael Pramawat was able to beat it despite playing a deck with an unfavorable matchup. Golisopod-GX / Garbodor has very little draw power and often loses to late game N. I am surprised it survived until the finals before succumbing to its own inconsistency. People will try to bring this deck back after seeing Azul’s success, but I don’t know if it will stick.