Hey there, Beachers. Today’s article is all about my favorite doggos, Lycanroc-GX and Zoroark-GX. When Guardians Rising was released, a friend asked me what cards he needed to pick up from the set. I mentioned Lycanroc-GX, and specifically said “this card is not good right now, but you should pick up two or three copies because it is going to be great in the right format.” Six months later, I can confidently say that this is the right format for Lycanroc-GX to shine.

At its core, this is still primarily a Zoroark-GX deck. The card is simply too powerful to ignore, providing built-in draw support, a cheap and effective attack, and a beefy 210 HP that makes it difficult to OHKO without hitting for Weakness. Lycanroc-GX makes the deck pop, providing the ability to OHKO any Pokemon with its GX attack if your opponent has a large enough Bench. Its Ability, Bloodthirsty Eyes, allows you to gain the effect of Lysandre without playing a Supporter. Since you do not need to use a Supporter for a gust effect, and you often do not need a Supporter to draw cards because of Zoroark-GX’s Trade Ability, you are free to use other powerful powerful Supporters such as Professor Kukui, Acerola and Mallow.

I recently played this deck to a Top 4 finish at a League Cup. During the swiss rounds, I actually won all of my matches without my opponent taking a single Prize. This deck is incredibly powerful, and it is currently one of my top choices for this weekend’s Memphis Regionals.

What to Expect in Memphis

Before we start diving into the deck, I want to cover the expected Memphis metagame. We are in an odd spot right now. I expect to see many different decks represented in day two of Memphis, but a common theme persists among them: Zoroark-GX. As I mentioned before, the card is simply too good not to play. In rough order of Day 2 meta share, here is what I expect to see in Memphis: 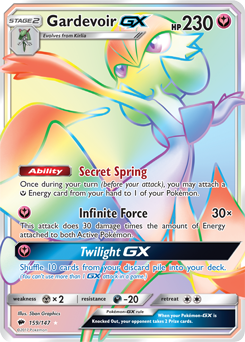 Gardevoir-GX is still the most broken card in Standard, and is nearly unstoppable when it sets up. On top of that, Gallade gives this deck a natural counter to the second-most broken card, Zoroark-GX. The one catch is that Gardevoir is a Stage 2 deck, giving it some inherent inconsistency. It generally plays a 1-1 line of Octillery to help with mid to late game draws, but this has some flaws as well. If one piece of the 1-1 line is prized, you have a much harder time getting Octillery into play. Similarly, if your opponent takes an early Knock Out on Remoraid, you end up in the same boat. When the deck works, it really works, but it can be a bit spooky to play.

This deck just won the 2017 European International Championships, so it has some obvious attention focused on it. It is incredibly consistent, and can take early Knock Outs on anything with less than 120 HP. The one downside to the deck is that it has a fairly low damage cap. Golisopod-GX can deal 180 damage once (by using its GX attack), but beyond that you are generally capped at 150 damage, which is not enough to take a Knock Out on any commonly used EX or GX Pokemon. Instead, the deck focuses on consistently using Acerola turn after turn to deny opponents their own Knock Outs.

Decidueye-GX is an interesting partner for Zoroark-GX. It attempts to solve the damage cap problem posed by Zoroark-GX / Golisopod-GX  by augmenting Zoroark-GX’s damage with Decidueye-GX’s Feather Arrow Ability. Decidueye-GX also has a beefy 240 HP, allowing you to tank by using Max Potion to heal damage away. It is a cool concept that has had some success at recent League Cups.

Hey, that’s what this article is about! Obviously I am a fan of the deck, and with any luck I will be one of the 32+ players representing Zoroark-GX / Lycanroc-GX in day two in Memphis. I doubt I am the only one on this line of thought, so I expect to see a couple more in day two.

It’s our favorite doggo paired up with the beastly Buzzwole-GX. While both this deck and the one above feature Lycanroc-GX, their strategies are usually very different. Buzzwole-GX / Lycanroc-GX is an aggressive deck that aims to take quick Knock Outs on big Pokemon-EX and Pokemon-GX, closing out the game before your opponent can set up.

When this deck works, it really works. I would expect to play against at least one Greninja BREAK in Memphis. If your deck cannot beat Greninja without playing Giratina, then ‘Tina is likely worth a slot in your list.

This is another Stage 2 deck that hinges on its early game. This deck has a near cult-like following, so you can expect its biggest fans to stick with it and one or two of them to sneak into day two.