Expectations and My Deck Choice 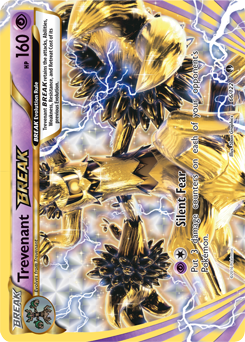 Going into Fort Wayne I expected a few decks to be popular, I expected Turbo Dark, Trevenant BREAK, and Garbodor decks to be the most popular. I also thought Night March, Greninja BREAK, and Volcanion-EX would be the next popular decks, but to my surprise Greninja BREAK was not popular at all and Volcanion-EX wasn’t as big as I expected either. Night March was also much more popular than I would have expected and had the biggest target on its back, because just about everybody who wasn’t playing it had either Oricorio or Karen in their deck to try and deal with it. I knew going into the tournament that I would have to deal with Karen and Oricorio quite a bit, but that didn’t deter me from playing Night March because I felt comfortable playing around both countermeasures and Night March is a deck that I truly enjoy playing so I was dead set on it.

My testing with it was going very well also, having positive records against matchups that I thought were tough, ones I knew weren’t too bad, and then against one that I thought would be easier but turned out to be harder than I thought. The overall amount of games I played wasn’t huge, but since I already knew the deck well, I only tested matchups the amount of games that I felt was necessary. Here are the results from my testing.

I knew Turbo Dark would be a positive matchup because of Marshadow-GX, the only reason I tested it was to see if playing one Marshadow would be enough to make it a great matchup, and I was correct. The one game I lost was due to poor draws so I wasn’t worried about that.

I though this matchup would be easier because Pumpkaboo is able to easily OHKO Garbodor and Espeon-GX without discarding too many Pokemon to fuel Oricorio. However, if they use Tapu Lele-GX early on, it forces you into situations that cause you to need to Lysandre or Guzma to take a KO, or discard more Marchers to take a Knock Out which fuels Oricorio. Garbodor can really hurt you as well when you can’t use Shaymin-EX or Oranguru in the late game.

I thought this matchup would be tougher because of high HP and Oricorio, but good resource management, taking easy KOs on low HP Pokemon, and the natural inconsistencies of a Stage 2 deck makes this a very positive matchup.

This matchup is normally tough and requires you to hit Hex Maniac consistently in the late game which can be very hard. I decided to play Giratina instead of Hex Maniac so I could pretty much just auto win the matchup. The only time it gets hard is if they can Shadow Stitching for a KO after using N or Ace Trainer to lower your hand, but typically you can thin out enough to make sure you can get the KO every turn.

Now I was sure this would be a bad matchup, but I figured the Giratina, the Tauros-GX, the Marshadow-GX, and the three gust effects I was playing in the form of two Guzma and one Lysandre would do the trick, and they did. The games I played I got a little lucky in a couple, but even with my opponent going first and getting turn one Trevenant, I was still able to win those games. I only tested this a little and went 2-1 twice, and I said that’s enough, if I can get lucky and play smart, it’s doable.

So, with a Positive record overall, and beating some tough matchups consistently, I was feeling very confident in my deck choice and list. Now I’ll briefly go over my tournament experience and talk about how Night March faired against the decks being played.

I played against an array of different decks, and a couple of the I didn’t expect to see like Archie's Ace in the Hole / Blastoise or so much Golisopod-GX. Every deck I played against except Turbo Dark had some time of Night March counter whether it be Oricorio, Karen, Seismitoad-EX, two Articuno, or a combination of Toad and Karen. The first round I lost because I drew poorly and couldn’t use Tauros-GX or Marshadow-GX very well to my advantage because Hypnotoxic Laser made it very easy to KO them.

My tie in round five would have been a win if I had drawn a little luckier on my last turn. My opponent had played N and put me down to two cards and I was drawing one for turn. All I need to win was a Double Colorless Energy and a Lysandre or Guzma (because I had two attackers on board) to KO his Tapu Lele-GX for my last two prizes. The cards I drew into plus the draw for turn were Trainers' Mail, Battle Compressor, and Ultra Ball. I had Oranguru on the field as well, so I would be able to draw some extra cards. My deck had these cards left: Lysandre, one Double Colorless Energy, two VS Seeker, a Special Charge, Marshadow-GX, and two Puzzle of Time. I used Ultra Ball to discard my hand and grab and bench Marshadow-GX, then use Instruct to draw three of the seven remaining cards left. I ended up drawing into Lysandre, Puzzle of Time, and VS Seeker. The only other way I could have done is play the Battle Compressor and get rid of Special Charge, Marshadow, and Lysandre, then use Trainers' Mail and grab either Puzzle, VS, or the other VS, and Instruct to draw one out of the five remaining cards left, or fail the Trainer’s Mail and draw two out of the five remaining which means I would have had to hit the Double and VS or the two Puzzle. So, I felt gave myself the best chance by being able to draw three new cards instead of having an Ultra Ball stuck in my hand that I knew would not help me in any way. If the game hadn’t gone to time it’s hard to say who would have won. If it hadn’t and since I whiffed game, I would have played N that turn and who knows where it would have gone from there. If they didn’t win on the next turn, I feel I could have easily won the following turn based on what was left in my deck. 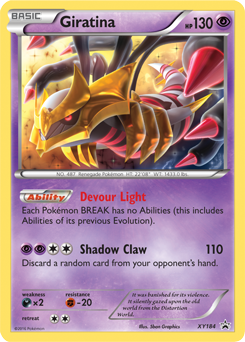 The loss that was most disappointing was round eight. In game two, I made a poor decision of benching a second Joltik because I assumed it would be a lot for my opponent to search out Oricorio, Energy, and a Float Stone to retreat, but they had all those cards in their hand already. I could have just not benched the Joltik because I had a Pumpkaboo on the bench and they couldn’t do enough to KO both the Joltik and Pumpkaboo with Oricorio because I only had seven Pokemon in the discard. I was worried that I wouldn’t find a Dimension Valley if they played N and put me down to three cards, but it would have been worth the risk. Instead, they got to take two Prize Cards and establish a lead with two Prizes remaining. The following turn I played N and was lucky enough to get a Double Colorless Energy  from the three cards I drew, but they drew out of it and got Garbodor in play which shut me down from having a chance to win. I know next time to just take the risk and not let them get ahead, and assume they would have what I feared most, which was the Oricorio play. I knew how to play around it and had been doing it the whole tournament and in testing, but for some reason I took an unnecessary big risk based on the fear of whiffing than them hitting what they need. After this particular experience, I know better for any future situations.

Overall, I had a great tournament experience and I don’t regret my deck choice one bit, I only regret playing Giratina since it was useless because I didn’t face any Trevenant BREAK  or Greninja BREAK and could have been something more helpful. Night March had two placements in Top 8 and went on to win the entire event, finally getting a Regional win, so it clearly was a good choice for the tournament, even with all the counters. Here is the list I played for the event which I based off fellow PokeBeach writer Andrew Mahone’s list that he posted online, I just made changes that I thought were necessary for the tournament.