PokeBeach’s July TCG Cup is over and the winners have been crowned!

96 players competed for the title in this exciting event, with the top-8 players facing off in a top cut. The tournament was played in the Standard format at the time — Primal Clash through Guardians Rising.

This month’s tournament was won by Ilir Nikqi from Sarpsborg, Norway! Because he is a premium member, he will be shipped 2 booster boxes worth of store credit by TCGplayer.com!

I have never played any IRL tournaments, not even one single IRL game. I’m hoping to pull some Tapu Lele-GX‘s now and maybe start gaming IRL. The scene in Norway is actually pretty bad though, so have to go maybe to UK, Sweden, Denmark, Germany.

I’m just a really competitive person basically. I win most of my ladder matches and in-game tournaments. So I just subscribed. I don’t want to come off as cocky, but I really felt that I would have a great chance at winning this. That’s why I joined. Plus it’s fun. :P

What deck did you play for the July TCG Cup? 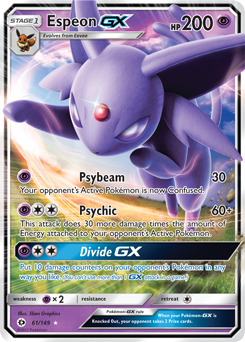 I played a Garbodor / Espeon-GX deck with a Flareon teched in. I think I got the deck list from PokeBeach. It’s not my favourite deck. I used Espeon as a main attacker through the whole tournament and it proved to be successful. So Espeon-GX is the main reason I chose this deck cause of his GX attack which is super nice in this Stage 1/Stage 2 format to Knock Out before they evolve and of course Confusion has been a key to winning this tournament.

The only deck that gave me trouble was the mirror matches. I mean this mirror match I feel it is such a huge disadvantage to start second, as if you go first you can Brigette, attach Energy, evolve Espeon, and next turn you attach Double Colorless and basically Confuse them or GX attack the Bench. So that’s the hardest one.

Garbodor / Drampa-GX was fairly easy as Espeon Knocks Out a fully powered Drampa. And Decidueye-GX deck was also kind of easy with Garbatoxin.

I faced some Drampa / Garb, Espeon / Garb, and Decidueye decks.

The best game was the finals, because I faced WastedSkyPirate who beat me on my way to top 8. So the finals was good. And second game in semi finals was the best moment, where I was down on Prizes, but managed to get a five-prize GX attack.

My favourite card in this deck is Espeon, I mean in this format (without Guzma) the Confusion is so good. It forces retreat, or a two-turn KO without taking damage if you’re lucky with coin flips. And I will go as far as say that I personally feel he has the best GX attack out there. Especially versus evolution decks where you Knock Out Stage 1s so they can’t set up.

I didn’t use Flareon once in the whole tournament, so I would remove Flareon (in this format) and add a second Field Blower.

How does Burning Shadows and affect your deck? Is it still viable?

I think it still viable but I don’t feel it’s going to be a tier-one deck. Guzma is anti-Confusion. The new decks require less Items to set up. I’m not gonna play this in September.

Coming in 2nd, 3rd and 4th places were Harry Smith (WastedSkyPirate), Nicholas Oshukany (ozzie347), and Carl Sitavi (CESit). All three won a bunch of booster packs from the latest expansions, but Nicholas got a huge increase in prizes because he is a premium subscribers. You can see how many packs each of them earned at the top of this page. Their deck lists can be seen below:

September’s tournament will be posted within the last week of August, and August’s tournament is currently underway. Each tournament awards up to 7 booster boxes of product to top finishers plus promo products and additional booster packs to premium members. The prizes for premium members received a huge increase too, so don’t miss your chance to play in the next tournament!