It’s the year 2017, as I’m about to play in my first Regional Championships of the year! I’m very excited for this prestigious privilege of being part of the Travel Back program. I’ve worked very hard on my time travelling machine skills, and it seems to have worked. I’ve appeared in none other that Fort Wayne, Indiana, and it seems like I’m currently blending in — Justin Bieber is still big, everybody is still wearing Vans, life’s good!

Who am I kidding, we’re only behind by one year. It’s 2016 all over again, and I’m a little concerned about what I’m going to play. I could play Night March, Turbo Dark, maybe even Primal Groudon-EX? None of these really appeal to me, and I have no clue why people are playing Forest of Giant Plants, don’t they know that card is banned? Oh well, I know what’ll do the trick! Cody Walinski played Greninja / Talonflame and did really well at the 2016 World Championships, maybe that’ll win it for me? It handles all of the top tier decks running around, and nothing really stands in its way except Archeops. Wait, Archeops got banned? What is going on?! I’ve spoken too much, the entire format is changing, I’m changing too much in the timeline, the whole world is….. distorting! Save the Expanded format before it’s too late readers! Heeeeeeeeelp………!

[cue shuriken sounds in the background] 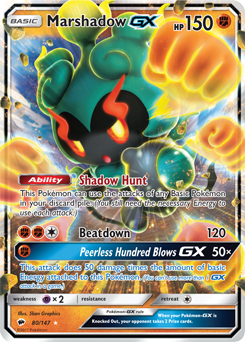 Well, that guy is in a lot of trouble, he leaked government secrets out to the public. Needless to say, I’ll let the cat out of the bag on this one — Greninja is shaping up to be one of the best decks, if not the best deck of the 2017-2018 format! Why, you ask? One can not just ask this question without a 4,000 word article in front of you for your reading pleasure, my dearest Watson! Past the cringe-worthy post-apocalyptic introduction, the point as a writer that I was trying to demonstrate is that past formats are being emulated by future formats. This upcoming format will include a few new kids on the block, however the majority of the format will be played out by the same decks we saw at the 2016 World Championships. Keeping in mind a few cards that jump over from the Expanded format, it’s important to look at the parallels between the two, and notice that we’ll have (relatively) the same deck strategies entering this new format. Let’s have a look, shall we?

These are all just decks that have been spawned into discussion over the past few days, and I’m sure the list could go on a little longer. Almost every single deck received a buff over the past set release of Burning Shadows, so we must adapt accordingly! Also important to note was the recent…

Throughout the past few months, there have been a couple instances of updates to the Expanded ban list specifically! This is something that makes me happy as a player, because Pokemon is making sure there is effort put into what card combinations are born, and which card combinations are purged. In any card game I think this is something that provides a healthy metagame, and Pokemon is no different. On the website, Pokemon describes the banning of specific cards as follows:

“Forest of Giant Plants: The Forest of Giant Plants Stadium card enables many dangerous strategies with Grass-type Pokémon in the Expanded format. These strategies can range from locking down the opponent’s options to winning the game on the first turn, and all of them can happen before the opponent ever gets a chance to play. No single strategy was powerful enough to ban this Stadium card, but so many of them existing at the same time gave sufficient cause to ban it.”

“Archeops: The existence of Archeops’s Ancient Power Ability has a very negative effect on decks that rely on evolved Pokémon. There are ways to combat it—Hex Maniac, Evosoda, or Wobbuffet are a few examples—but decks that focus on evolved Pokémon are forced to use these cards just to evolve their Pokémon. The combination of Maxie’s Hidden Ball Trick with Archeops can stop Evolution before the opponent ever gets a chance to evolve their Pokémon, which limits the number of viable strategies. Removing a different part of the combo (Maxie’s Hidden Ball Trick or Battle Compressor was also considered, but banning Archeops impacted existing strategies the least, so that was the route that made the most sense.”

Both of these cards were posing a threat to the current format, so in preparation for Regional-level events, and the 2018 season, Pokemon made the executive decision to forbid these from seeing play in the Expanded format. The exciting thing is that now that these cards are banned, Greninja now has one of the best matchup spreads it has ever been graced with! Since Archeops has been banned, Greninja no longer has to waste time playing cards such as Hex Maniac and Evosoda in order to evade the primal bird’s Ancient Power Ability. With Forest of Giant Plants being banned in the Expanded format, Greninja no longer has to deal with difficult Grass-type Pokemon, such as Lurantis-GX, Decidueye-GX, and Vileplume. Greninja always struggled with these Pokemon since it has a glaring Weakness to Grass-type Pokemon, and some Grass-type Pokemon may even resist Water. In combination, both of these ban list cards pole-vault Greninja over the goal post, and with that in mind, we can move onto discussing Greninja’s strength as a card, and as a stand alone deck!

Much like every deck, there’s usually a strategy! In this deck’s case, it uses a unique strategy of utilizing Pokemon that only give up one Prize each in order to force the opponent to take six KOs! This is of course at a cost, and in this case, that cost is overall consistency (which we’ll talk about a little bit later on). Our ideal setup is to begin with Talonflame, and then on the second turn use Frogadier‘s Water Duplicates attack to spawn off your field with as many of the Stage 1 frog as possible. Proceed to then setup as many Greninja as applicable, and then preserve their HP with Greninja BREAK.

The BREAK opens up many dynamics that the regular Greninja could never provide — the BREAK evolution can snipe Bench Pokemon by utilizing Giant Water Shuriken! This Ability comes at the cost of a single Water, and Greninja BREAK must be Active. In some builds, we can retain the Water Energy and bounce them back to our hand at the leisure of Starmie, and its lovely Space Beacon Ability. The overall game-plan is to keep our Greninja on the board for as long as possible in order to maximize efficiency and damage, while using Talonflame in the early game to setup. Not exactly the newest concept, but a brief review can do wonders on reminding everybody just how lovely this deck is!