Welcome back to PokeBeach everyone! Zoroark BREAK won Mexico Regionals, and I know I didn’t see that coming, for one. I’m sure you’re all curious about what all went down at this last big Regional Championship to close out the season, at least in North America. The Top 8 was composed of a few decks that haven’t been as popular lately, so that’s something especially interesting. Today I’ll be going over every deck that made day two at the event, and ranking its future as far as how good of a play it might be. I will then take a look at some of the surprises from the event, and some of the trends we have been seeing develop. There’s going to be a lot packed into here, and I hope you enjoy it!

What Did the Format Look Like Before the Event? 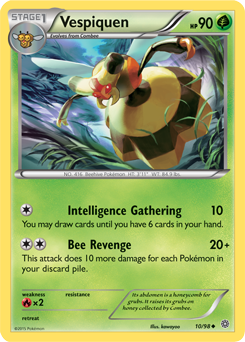 Going into Mexico, we were fresh off the results of a Regional the week before in Madison, Wisconsin. In Wisconsin, the format shifted drastically from the week before that in Washington. Vespiquen did well in Seattle, but was present in a much more casual sense. As for Madison, though, it came in storm and many of the top players in the country were piloting it, and five finished in day two. Michael Pramawat took home the Regional with the deck, and completely changed the metagame going forward for any event.

A lot of top players were cited before Mexico saying the play was “anything but Vespiquen”, and while that might have stopped some people, others, not a chance. If I were to have gone, I definitely would have been playing the Bees. Vespiquen may have two good counter cards to it now, Oricorio and Karen, but it can still beat decks that are running either of those cards. It’s always been one of those decks that “can beat anything”, which has a lot of appeal to some players.

Aside from those still riding the Bees, many top players made the switch to Decidueye-GX / Vileplume decks, which has been a top contender the entire season, until it trailed off after the release of Guardians Rising. The deck was poised to beat many of the decks that were expected, especially Vespiquen decks. While Garbodor took the back seat in Wisconsin, it was plausible to figure it would have a better time in Mexico, since the metagame would likely shift back to more how it looked in Seattle, where Garb was dominant.

After it did moderately well once again in Madison, Volcanion was back on player’s radars, as well. The new Vikavolt / Tapu Bulu-GX did well in Wisconsin, as well, and that deck was hyped up quite a bit for Mexico, too. Not many people believed in it still, but almost everyone could be sure that at least one person, Daniel Altavilla, was going to be playing his Zoroark BREAK deck, after his great success with it the week prior.

Besides some of the more traditional decks we’ve grown to be accustomed to lately, there were some whispers of other builds, like Darkrai-EX and Greninja BREAK decks seeing a showing. To round everything out, Metagross-GX was thrown on the backburner for most players, since its surprise showing in Madison was for of a call for the metagame, and with things switching so much, it would seem foolish to play a deck like that that might not do as well.

How Did Everything Turn Out?

How Many of Each Deck?

Breaking Down the Results

I’m going to just go over each and every deck. I’ll include how it did, why that happened, what kind of play it was for Mexico, and lastly, how the deck looks going forward. Let’s begin! 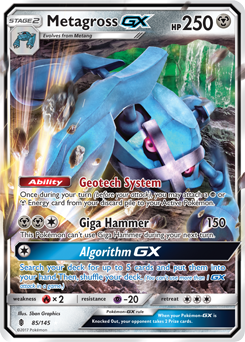 Looking at the results of day two, I’m honestly surprised that neither of the Metagross-GX players made the Top 8. They both did have very good finishes at 9th and 16th, overall, but that last little push for the cut was unobtainable, seemingly. Decidueye-GX / Vileplume showed up in the masses, which has become an unexpected possibility. I truly believe the the deck has a poor Garbodor matchup, so it’s strange to me that it still finds ways to win. I guess the power of Vieplume will never really change.

I was surprised to see someone play Lurantis-GX / Tapu Bulu-GX after seeing the introduction of Vikavolt with the latter. Lurantis is strictly a worse version, so it’s confusing to me why someone would choose to go with that. M Rayquaza-EX doing well is always shocking to me as well, since Garbodor just goes in on that deck.

Gallade came back from the grave, too! Mallow gave this deck a new lease on life, since with Octillery, it because super easy to stream attackers since you almost always have the cards you’re looking for. Finally, Greninja BREAK had a good run, something I completely wrote off. I still don’t think ‘ninja is well positioned at all, and don’t get me wrong, I’ve been one of the biggest fans of the deck for a while, and I even have a Top 8 of my own with it this year. It takes big loses to Decidueye-GX, and Tapu Bulu-GX decks, and can even have a tough time against Garbodor and Vespiquen. It’s just not a deck I would play in this metagame.