Hey PokeBeach readers, I am finally back with another article! I am excited to share my recent tournament experiences, the decks I used at them, and crucial information for Georgia Regionals! I have been playing a ton of Pokemon recently, playing in four League Cups, an Internationals and a Regional Championships in the past month. I really enjoy the Standard format currently, despite it being relatively overplayed due to no set being released between all of these events. Without further ado, let’s hop into things by taking a look at my Texas Regionals experience.

Going into Texas Regionals, I still felt like Yveltal was the best deck, despite the pretty massive target on its back. The counters to the deck, Zebstrika and Jolteon-EX, honestly were not even very scary. I felt like the decks playing those cards would perform poorly, which was pretty true for the most part. I also don’t think either of the counters were too much for Yveltal to handle, which was proven by how my games against Jolteon-EX in the tournament went. After determining I wanted to play Yveltal again, I wanted to make sure I played the right list. After a handful of games, I was convinced the deck list I played in London was the one I liked the best. After arriving in Texas on Thursday, I played in the Mad Pullz open which was a lot of fun and let me get some more games in with Yveltal. I felt that the deck was running smoothly and was strong against the meta. I ended up going undefeated in swiss, but lost to a Volcanion deck in Top 8 after some unfortunate draws. I had also played this deck at a League Cup in Virginia before leaving for Texas, where I lost in Top 4 to Greninja. I chose to include a CARD NOT FOUND in place of CARD NOT FOUND that day due to how much Jolteon-EX I saw after arriving at the venue. I would say that making small changes like that is a very good idea if you’re sure that your change will help you against multiple people in such a small field.

Here’s how my rounds went.

This is a solid Jolteon-EX counter, but honestly isn’t used for anything else. It can have random niche uses, such as getting around the effects of Chaos Wheel or Shadow Stitching, but those cases are relatively rare and Pokemon Ranger usually doesn’t swing the game in those situations. If Shadow Stitching is occurring and Pokemon Ranger bails you out, it means Garbodor isn’t out which is horrible news. I would be pretty surprised if Pokemon Ranger allowed any Yveltal-EX player to pull out a win in that situation. On the other side of things, Giratina-EX is a pretty weak attacker against Yveltal decks, even with Crushing Hammer and Enhanced Hammer attempting to deny Energy. This is what makes Pokemon Ranger a “win more” card against Giratina-EX most of the time. I personally only consider the inclusion of this card at smaller tournaments where I think Jolteon-EX will be prevalent.

Before Texas Regionals, I would call this inclusion completely unnecessary. However, due to the rise of M Gardevoir-EX and the return of M Mewtwo-EX, this card is now a lot more useful. It has the potential to completely shutout either of these matchups if it gets attacking early enough. I still need to try the second copy out and see which count I like the best, but I am leaning towards adding the second copy in place of the fourth Yveltal-EX. It definitely hurts the Greninja matchup though, which is a big reason why many players might stick with just the one copy.

This format is turning into a Stadium-war format, which gives this card a lot of versatility. I would say this card would definitely be included if the deck list wasn’t so tight already, space is truly the only thing that makes this inclusion questionable. 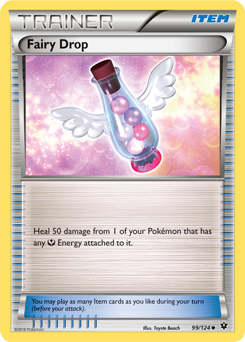 I would definitely remove the Spinda from this deck for future tournaments. The only reason I played it at the League Cup is because I saw quite a few Gyarados the morning of the tournament, and Spinda flips the matchup from nearly an autoloss to nearly an autowin. With that being said, I would replace it with one of the following cards.

This little guy is great to ensure you don’t have to deal with the annoying odd Prize game a lot of people try to setup nowadays. Hawlucha would be my first pick to replace Spinda, as it was what I removed for Spinda to begin with.

This card is amazing against Yveltal-EX and Greninja decks, where healing just fifty damage can be absolutely game changing. In addition to these matchups, using two in the same turn in the mirror match can completely swing the game. Healing down to thirty damage forces the opponent to discard all of their Bench to take the Knock Out. Anything less than thirty damage on a M Gardevoir-EX is impossible to Knock Out in one attack.

This is just a slight consistency boost. I would only recommend this inclusion if you find yourself consistently having slow starts, dead drawing, or losing to late game N plus Garbodor.

I personally have never been a fan of this card, but I see it being played by all of the dedicated Greninja players constantly. The idea is that it helps to remove Energy off of Yveltal-EX when used in combination with Enhanced Hammer. I think that Yveltal-EX / Garbodor is on the decline anyways, so I am not sure how useful this inclusion would actually be in the updated meta.

This card wins the mirror match 100% of the time if you have it and they don’t, which would usually be the case if this card is in your deck. It is the same thing as CARD NOT FOUND in Yveltal though, where it really only has one use. I think this card should only be included if Greninja is seeing a lot of play.