A new trailer posted to the official Pokemon YouTube channel shows off the first stage of evolution for the Alola starter Pokemon as well several new interesting gameplay details for the upcoming Pokemon Sun and Pokemon Moon games! 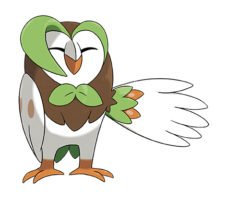 Dartrix is extremely sensitive to other presences in the area and can detect opponents behind it and throw feathers to strike them without even seeing them. This Pokemon conceals sharp-bladed feathers inside its wings, showing astounding precision as it sends them flying in attack. And it goes beyond propelling its blade quills in simple straight lines—it can even bend these feathers to change their trajectories!

Revealing a certain snobbiness in its personality, Dartrix cares a great deal about its appearance, grooming its feathers in every spare moment. In truth, it’s also a bit of a birdbrain, with a tendency to bungle things up. Once it makes a mistake, it sometimes gets into a desperate struggle to gloss over the situation and ends up making a bigger mess than ever.

At times, this Pokemon feels so bothered by its dirty or ruffled feathers that it can’t focus on battle. When it loses its focus, it sometimes even retires from the battle on the spot! It’s up to each Trainer to help Dartrix overcome this troublesome stage. If this Pokemon is with a Trainer who helps it through, its strength will grow hugely! 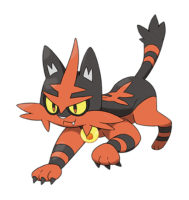 The bell-like object attached at the base of Torracat’s neck is a flame sac, an organ that can produce flames. Torracat’s emotions cause a rise in the organ’s temperature, and when the organ spits flames, it rings with the high, clear sound of a bell. Torracat attacks using the flames emitted from this bell.

Torracat’s mane serves as an excellent sensory organ, and it can sense what’s going on around it—even in the dark! It can also detect the presence of hidden enemies.

Torracat has a great love for battle and will attack so relentlessly that its opponents lose the will to fight. And yet it sometimes behaves like spoiled child in front of Trainers or Pokemon with whom it has built a relationship of trust.

The cat punch that this Pokemon can dish out with its strong forelegs is extremely powerful. It can bend iron bars and knock out large men with a single blow! 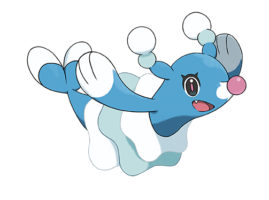 Brionne learns its dances by imitating the other members of its colony. It sometimes even learns dances from humans. This Pokemon is a hard worker and pours itself into its efforts until it has memorized each dance. As it dances, Brionne creates balloon after balloon. In battle, it first sends its opponent into disarray with its dancing, and then slaps its balloons into its target, causing the balloons to explode and deal damage.

Brionne can dance in perfect time with others, even if they have only just met. On moonlit nights, you can sometimes see throngs of Brionne dancing as one, in perfect fluidity.

Brionne always acts cheery and positive. Even when it’s feeling sad, this Pokemon doesn’t allow its sorrow to show. It’s said that Brionne will only reveal a sad expression to a Pokemon or Trainer to whom it has opened its heart completely.

Join the Fun at the Festival Plaza! In Pokemon Sun and Pokemon Moon, communication features such as battling and trading are all gathered together in Festival Plaza. This is a place where the festivities never stop, as Pokemon Trainers from around the world meet and mingle. As you progress through your adventure, you’ll become able to use Festival Plaza, where you can welcome other people and take requests to keep things hopping. Talk to your visitors to liven things up!

People playing Pokemon Sun or Pokemon Moon near you and players from around the world who are connected to the Internet will visit Festival Plaza, and you can enjoy playing with them using a variety of communication features, including battling and trading.

As your Festival Plaza’s rank goes up, you’ll gain the ability to host missions, where multiple players can try to complete a certain goal together. Missions can be attempted with other players you connect to via local wireless or the Internet. It also seems that global missions will sometimes be held, in which everyone playing Pokemon Sun and Pokemon Moon can work together to achieve a goal! 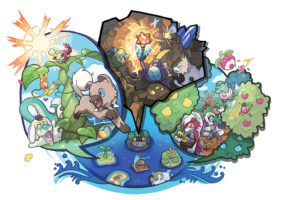 In Pokemon Sun and Pokemon Moon, there’s a feature known as Poke Pelago, which Pokemon that have been placed in Boxes can enjoy. Poke Pelago consists of a variety of isles where Pokemon can go exploring, play on athletic equipment, and enjoy other fun activities. If you send many Pokemon to Poke Pelago, you can develop the facilities on your isles—and develop new kinds of isles as well. As these isles are developed and increase in number, you’ll be able to do things like obtain items or raise your Pokemon.

Pokemon visiting Isle Abeens, which you can visit from the start, may sometimes choose to join your party. A Pokemon that displays a heart icon in the bubble above its head has taken a liking to you! In Isle Aphun, which you can use once you develop it, you may be able to obtain valuable items.

A select number of Pokemon were able to Mega Evolve in Pokemon Omega Ruby, Pokemon Alpha Sapphire, Pokemon X, and Pokemon Y. As long as you’re in possession of the proper Mega Stone, any of these Mega-Evolving Pokemon that can be caught in the Alola region will be able to Mega Evolve in Pokemon Sun and Pokemon Moon, as well. The Mega Stones for Pokemon that appear in the Alola region may be received from people in the game or obtained from special shops. 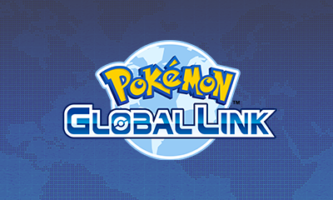 Rating Battles are where the Trainers of the world battle with their favored Pokemon to decide who’s the strongest Trainer of all. After becoming a member of the Pokemon Global Link and registering your Pokemon Sun or Pokemon Moon game, you’ll be able to use the website. There will be some changes in the battle formats and methods with the update for Pokemon Sun and Pokemon Moon. Details below!

The three existing sets of battle rules for Rating Battles (Single, Double, Special), will be increased to four with the addition of a new set of battle rules for the Championships Battle format. In a special Season 1, which will begin November 18, this special format is anticipated to be a Single Battle format where you’ll be able to participate with Pokemon that cannot take part under other battle rules: the Legendary Pokemon Solgaleo and Lunala, the Magearna that can be obtained through the QR Scanner, the Ash-Greninja obtainable through the Special Demo Version, and others!

The new fourth set of rules will allow Trainers to play year-round using the official rules set for the Pokemon World Championships, the competition that’s held every year to decide the world’s strongest Pokemon Trainers. You’ll be able to experience the WCS2017 rules right from the start, beginning on Friday, November 18.

The main points of the Pokemon WCS 2017 rules are:

“Your Time” System for Rating Battles:
A new system being introduced to the battle time settings is “Your Time.” When using this method of time accounting, players will have a maximum of 60 seconds each turn to select a move or Pokemon, and they will also each be awarded 10 minutes of “Your Time.” Under these rules, if a player runs out of their 10 minutes before the battle ends, that player loses the match. This will mean matches can be decided more quickly than in the past, allowing players to enjoy thrilling battles.

Battle with Other Players’ Pokemon:
In Pokemon Sun and Pokemon Moon, you can register Pokemon that you often use in Battle Teams, which can contain anywhere from one to six Pokemon. You can set up a maximum of six Battle Teams, and the same Pokemon can be registered to several Battle Teams simultaneously.

When the Pokemon Global Link is updated for Pokemon Sun and Pokemon Moon, a new feature will be available—QR Rental Teams. Players will be able to publicly share their own teams and to use Battle Teams designed by other players. Public Battle Teams can be used by scanning in their QR Code patterns from the Pokemon Global Link. You can take part in Link Battles and certain Rating Battles using a Battle Team you’ve rented. You may even be able to try battling using the Pokemon of expert players, like the victors of the World Championships!

Global Missions Are Starting!
Global missions are limited-time events that give Trainers around the world a shared mission via Festival Plaza in Pokemon Sun and Pokemon Moon, and they will be held at regular intervals. The theme of the first global mission will be “Catch a lot of Pokemon!” It’s expected to go live in late November. What’s it all about? Why, this mission is about catching a lot of Pokemon—regardless of their species!

The number of Pokemon needed, along with other goals to achieve, will be announced on the Pokemon Global Link immediately before the mission goes live. Keep an eye peeled for the reward you can receive for completing the mission—and remember to invite your friends to join in, too!

Note: You must register your game on the PGL to see your global mission results reflected.

Note: To help celebrate the opening of the PGL, we hope to give out a special gift to all PGL members after our first successful global mission!

The next scheduled batch of news for Pokemon Sun and Moon will be next week on October 14th!