A rather amusing photograph posted by the official Japanese Pokemon Twitter account shows off a multitude of Weedle from the upcoming CP6 20th Anniversary Set, as well as a live shot of some booster packs and boxes. Compare the photo below to the original Base Set Weedle card. CP6 will be released in Japan on September 16th, a bit less than two weeks from today. 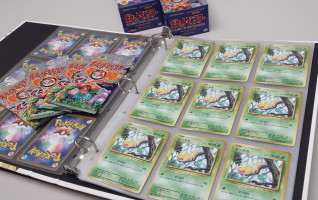