We now have images of the upcoming “Legendary Battle Decks” featuring Articuno, Zapdos, and Moltres. According to the images, each deck includes two reprints of the Kanto Legendary Bird’s Team Plasma EX card from Plasma Storm as well as a reprint of either Vaporeon, Flareon, or Jolteon from Plasma Freeze. The decks are now scheduled to be released this November. 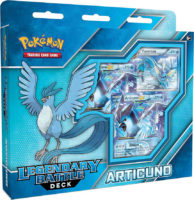 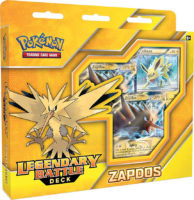 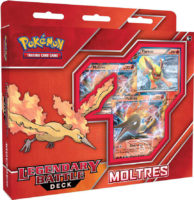