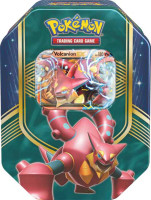 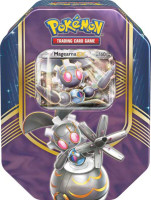 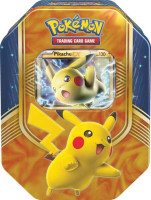 As posted a few months ago, our fall 2016 tins will be named the “Battle Heart Tins” (named after Magearna’s Soul Heart) and will be released on October 12th. Each tin will feature either a Volcanion-EX, Magearna-EX, or Pikachu-EX promo.

Based on their HP and types, all of the promos are likely alternate art reprints — Magearna-EX and Volcanion-EX come from Steam Siege while Pikachu-EX is the same one released in the Pikachu-EX Legendary Collection.

Oddly, an alternate art reprint of the same Pikachu-EX will be released this September in the “Red and Blue Collection: Pikachu-EX Box.” So that’s the same two Pikachu-EX releasing within a month or so of each other, but with different artwork. But I guess little kids will probably just buy the cards for their artwork anyway.