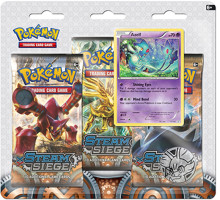 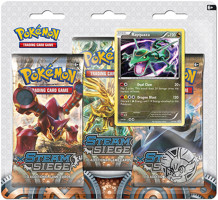 The 3-pack blisters for Steam Siege will feature Azelf from April’s CoroCoro Ichiban and Rayquaza from February’s Uniqlo t-shirt promotion in Japan. We do not know what the 1-pack promo blisters will contain yet, but stay tuned! Steam Siege will be released on August 3rd.