My name is Yamil Pietri and as I write this I am at 301 CP. I started playing the Pokemon TCG in 2014, this is my second season playing the game competitively, and the first season that I traveled to play outside my local area. In this article, I will discuss the road to Worlds and things that I learned along the way. My hope is that newer players that are thinking about playing the game more competitively will be able to benefit from my experiences. At the end there are two skeleton lists that I recommend newer players to test for the upcoming US National Championship. 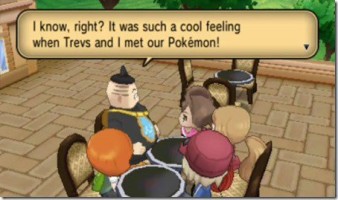 The first and most important tip I can give anyone that wants to play competitively is to find a testing group that is also serious about the game. A solid test group will help you adequately test decks before going into tournaments, and will most likely be interested in traveling with you to tournament. With a test group you can both improve your game, and save some of the costs of traveling.

After you find a testing group, make sure your test group doesn’t just test what they’ll be playing at any given tournament, but that you are testing against decks that you all expect to play against. Even if no one in your group is playing Night March, you should all take turns playing against it. This is a crucial difference between a group of people getting together to casually play the game, and a group of people actively looking to improve at the game.

When deciding what you will be play testing make sure you weigh a card’s potential not only by how good of a card it is, but by what the current card pool and meta are. The set Fates Collide has plenty of examples of cards that look great…. until you place them inside the current card pool/meta game. Examples of this include M Alakazam-EX being weak to Pumpkaboo , being weak to an attacker of the most dominant deck in the format makes M Alakazam-EX a poor choice. Zygarde-EX is another good example of a card that appears to have potential, until you place it in a meta where Vespiquen is seeing high amounts of success.

As you test different decks make sure you asses the weaknesses of the decks as you are play them. Chances are that if you play against it, your opponent will also be faced with the same difficulties. If you decide to not play a particular deck, make sure that decision is backed by play testing, not some misplaced sense of pride. Not playing Night March “because its broken” doesn’t make you a better player, it makes you lose. Not playing Night March “because you expect a lot of people to be playing it and you would rather counter it, than play the mirror all day” is a much more reasonable way to analyze the game.

League Challenges are smaller tournaments held through the year. You should see League Challenges as opportunities to play-test decks that you may play in upcoming larger tournaments and get a feel for what decks are popular in that area. Generally, as the competitive season goes on, League Challenges become easier to win since people will start to finish their Words invite and will begin to travel less for small events such as these. My first season playing the game, I finished with 25 CP from the last 2 League Challenges I attended that season.

Hopefully by the time State Championships roll around you are in a spot where you can finish your Worlds invite by some combination of State finishes and League Challenges, this is the position I found myself in this year. Figure out which tournaments are occurring which week and plan on attending as many as possible. Keep in mind that while League Challenges and City Championships are generally “Best of 1” (until top cut in Cities), in State Championships you will play a “Best of 3”. In a “Best of 3” you need to carefully mind your time, as ties can commonly occur. During a best of 3 game, it is extra important to “figure out” your opponent, be sure to check their discard pile regularly to figure out card counts for game 2. Knowing that your opponent doesn’t run a particular Special Energy, or only run 1 Lysandre can make a big impact in how you play game 2.

Since you’ve made it this far, here are two decks that I am currently testing, and would recommend newer players try out:

Greninja is a powerful budget deck, as it doesn’t need Shaymin-EX to function properly. The list bellow has 4 open slots available where you may increase counts of current inclusions, or add your own.

Night March is arguably the best deck in the format. This skeleton list has 6 open slots, these are commonly filled with techs such as Xerosic, Pokémon Catcher, or Jirachi.

Thank you for reading and good luck at Nationals!