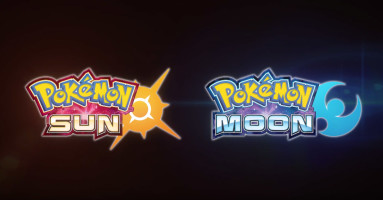 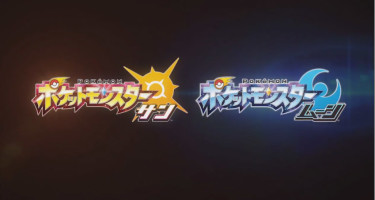 Pokemon Sun and Pokemon Moon were just revealed on the Pokemon Direct live stream! You can watch the official English trailer here.

The English and Japanese logos are pretty similar, though the Japanese logos have blue and yellow jewels in them as well as what looks like comets or meteors. Seems like we’re in for a space or sky theme! Could the jewels relate to the designs of the game mascots?

A 3D model of a new bird Pokemon was also shown very briefly. It looks like Fletchling at first glance, but it’s not. In Pokemon Yellow, Pokemon Crystal, Pokemon Emerald, Pokemon Platinum, and Pokemon Black 2 and White 2, we never had a new Pokemon playable in the games (aside from formes), let alone what seems to be a common bird, so this might lend credence to these being seventh generation games. Or, if we think something different is happening here, these games could be a completely new type of in-generation sequel (like the “Generation 6.5” we’ve all speculated about). There’s still much we don’t know about Kalos, so unless these new games will fill us in, it would be odd to move on to another generation (unless of course they’re the Gold and Silver of X and Y, as I mentioned).

Update: The UK press release states these are the “Newest Generation of Pokemon Core Series Games.” Take that for what you will. Since Kalos has characters that mention another new region, the English press release says this is a “new world” instead of a “new region,” and there’s so many unresolved story points from X and Y, it seems more likely to me that these could be like Gold and Silver. As in, a “new  world” comprised of two regions, new Pokemon, and continuing the plot of the previous games. Kanto + Johto, Kalos + new region.

The games will be released in the holidays of 2016 (end of the year), which lines up with what we predicted based on the Pokemon League schedule. The games will be available in nine different languages, including Traditional and Simplified Chinese for the very first time!

It was also revealed that the 3DS Virtual Console releases of Pokemon Red, Green, Blue, and Yellow will allow you to transfer your Pokemon to Pokemon Bank, which will then allow you to use them in Pokemon Moon and Pokemon Sun! How cool is that? Note that the announcement did not mention you could transfer your Generation I Pokemon to X, Y, Omega Ruby, or Alpha Sapphire. Just Moon and Sun.

In one of the press kits that was e-mailed to us by Pokemon, the filenames for the game logos used “Niji,” which translates to “Rainbow.” It is a placeholder name that Pokemon seems to use for new game titles. Earlier this week, there were Nintendo rumors floating around which named “Pokemon Rainbow,” and while those rumors didn’t really have important information for Pokemon fans, this seems to lend credence to those larger Nintendo rumors being true. So if you follow Nintendo news, spread this evidence around!