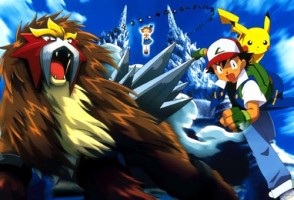 Takeshi Shudo was the head writer of the Pokemon anime from Kanto to Johto and is pretty much responsible for making the original series what it was. The first three movies, Mystery at the Lighthouse, Ghost of Maiden’s Peak, Dig Those Diglett… most “memorable” things you can remember about the original show are thanks to him and his personal, “non-corporate” touch. He developed the show, wrote the series bible, and built the Pokemon world we all love today. He eventually left Pokemon during Johto, and I think most fans will probably agree that’s when the show first took a nosedive. (I swear it started exactly at that Donphan amber episode. I marathon the Pokemon anime way too often.)

Sadly Mr. Shudo died in 2010, but he left behind his Pokemon musings on his blog, which fans are still translating to this day. Dogasu’s Backpack, the only fan blog I ever read about the Pokemon anime, today posted something I’ve never heard before… that according to Shudo, his original script for the third movie was going to address what happened to all the real-world animals in the Pokemon world!

The Pokemon world is where real-world animals don’t exist (the few appearances of real world animals in earlier episodes, Shudo says, is due to the animation staff not paying enough attention) so he wanted to have the third movie tackle this question. What happened to all the real world animals? Why are there real trees and flowers but not real animals? What is the difference between plant Pokemon and regular plants?

The idea was to have the third movie introduce a new type of creature – real world animals – into the world where only humans and Pokemon exist. This would have been done with the discovery of a Tyrannosaurus Rex fossil; not a fossilized Pokemon, mind you, but a real, actual dinosaur fossil.

The discovery of a Tyrannosaurus Rex fossil was, as you would expect, big news in the Pokemon world. Real world animals used to exist in this world and records (including photographs) of them do exist but there isn’t anyone alive today who actually remembers ever seeing one. A Darwin-type theory of evolution doesn’t really exist, either, and professors who tried to tackle this problem usually tended to stop what they were working on to move to the countryside to try to figure this out. Orchid-Hakase is one such professor.

Satoshi and his friends, as well as the Rocket trio, would have spent the movie trying to stop this dinosaur fossil’s rampage. The fossil’s rampage would have taken it through the Rocket-Dan’s secret base as well, causing the rest of the organization to get involved as well.

You should read the rest of the page here, which explains even more details (I don’t want to steal views from Dogasu’s work). The third movie would have been a very different film, but it still turned out to be one of the better Pokemon movies, don’t you think?

The first three Pokemon movies (the ones Shudo wrote) are being released on Blu-Ray on February 9th if you want to pre-order them.