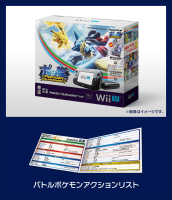 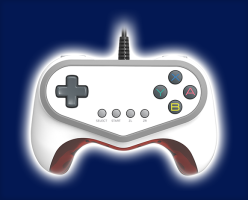 The Japanese Pokken Tournament website has finally revealed an image of the “Wii U Pokken Tournament Bundle” we first learned about last month during Nintendo Direct. The bundle will cost 36,800 yen (about $300) and will include a black 32 GB Wii U, a digital copy of Pokken Tournament, a Shadow Mewtwo amiibo card to unlock it right away, and a guide listing the controls for each Pokemon’s moves.

The website also revealed that while the game will be compatible with the Wii U GamePad, Pro Controller, and Classic Controller Pro, fans can also purchase a hard-wired controller that matches the controls of the arcade version of the game. It will cost 3,480 yen (about $30).