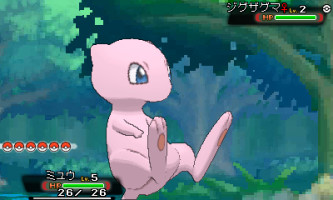 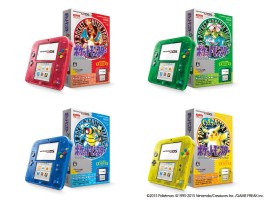 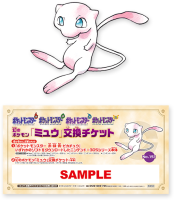 The official Japanese Pokemon website has just announced that players who purchase Red, Green, Blue, or Yellow between February 27th, 2016 and February 28th, 2017 will be able to download Mew to their copies of X, Y, Omega Ruby, or Alpha Sapphire! Mew will come at Level 5 and will only know Pound. Once you have purchased the games, Mew can be downloaded until March 31st, 2017.

Four new 2DS bundles will also be released on February 27th themed after Pokemon Red, Green, Blue, and Yellow. Each bundle will come with the 2DS unit, a pre-loaded copy of the corresponding game, a serial code to download Mew to X, Y, Omega Ruby, or Alpha Sapphire, a set of Pokemon stickers, a special home screen with Ken Sugimori artwork of many first generation Pokemon, a map of Kanto, and – most surprisingly – an “Exchange Ticket” that allows players to get Mew in the old game!

Players will have to take the Mew ticket and their game to stores to download Mew, just like in the old days. The website mentions the stores participating in the download will be announced at a later time. How retro!