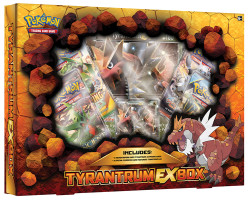 We now have an official product image for the Tyrantrum-EX Box. As I reported back in May, the box will come with a holo Tyrantrum-EX promo, a jumbo version of the same card, and four booster packs. It’ll be released in America this September. 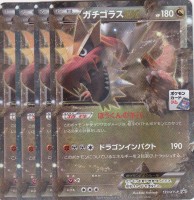