If the decision to use Expanded ends up being the default choice on a larger scale, it would mean that the Pokemon TCG’s format will focus less on rotations every year, but more on “expanding” the card pool with every new set. As in, old sets won’t be deleted (as with Standard), it’ll just be that new sets are added (as with Expanded). This would have many benefits for players since cards would be legal for years.

For now however, it’s unlikely that Standard will be completely phased out since Pokemon still announced it for this coming year.

Update (Tuesday, 8 AM): Arizona’s Regionals page has announced that ALL Regionals will be Expanded. 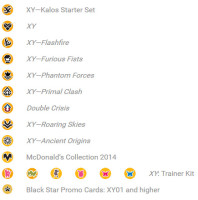