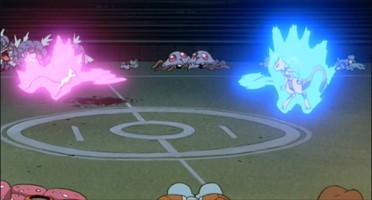 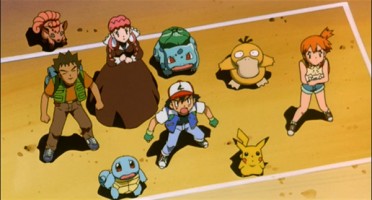 Pokemon TV just added the first season of the anime to their website and mobile app! They also added Mewtwo Strikes Back… but in widescreen! All home media releases of the Mewtwo movie in the U.S. were cropped to full screen, so this is the first time we’ll have an English version in its original aspect ratio.

If you remember watching the VHS or DVD, there were many “pan and scan” shots where because the frame was cropped, they would have to jump from the left to right to show you the whole image. In the second shot above, Brock and Misty are on opposite sides of the frame, so the full screen release had to focus on one of them at a time. Misty says “Can’t Charizard move any quicker?” and then it awkwardly jumped to the left of the frame so Brock could say “The clone’s too fast!” But now because we’re seeing the uncropped version, we see the entire shot all together as it was originally intended.