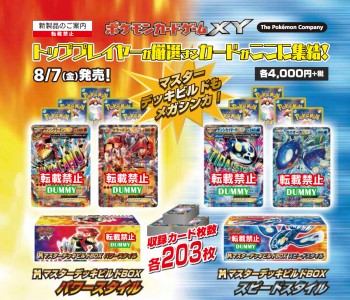 Like the EX Master Deck Build Box released in 2012, all of the cards in these boxes will likely be reprints. That collection however included the alternate artwork reprints of Rayquaza-EX, Darkrai-EX, and Mewtwo-EX that we received in our tins before Japan, so there is a possibility this collection could introduce some English-exclusive alternate artwork to Japan.