The Roaring Skies one-pack blisters will come with either a holo XY47 Heliolisk promo or a holo XY48 Meowstic promo! Meowtic was available at Japan’s May Gym Challenge tournaments last year, meaning we’re getting the card a year later, while Heliolisk was available a few months later at September’s tournaments. The blister packs will be released on May 6th with Roaring Skies.

The two promos join promos of Pangoro and Regirock, which will be released in the set’s three-pack blisters. This will thus be the first time in several years that every promo card in a set’s blister packs is brand new and not an alternate holo reprint of a card from an earlier set. 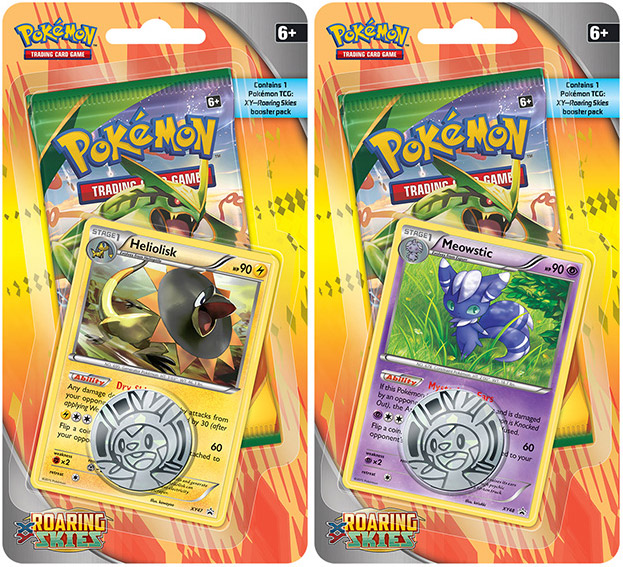 Ability: Dry Skin
Any damage done to this Pokemon by an attack from 1 of your opponent’s [W] Pokemon is reduced by 30 (after applying Weakness and Resistance).