Thanks to PokeCollection, we now have a product image of the Hoenn Collection Box featuring Primal Groudon! As stated before, the box comes with a holo jumbo card of either Primal Groudon-EX or Primal Kyogre-EX, three special holos of Treecko, Torchic and Mudkip with alternate artwork, a new collector’s pin featuring all three Hoenn Starter Pokemon, and three booster packs.

The product image below features 240 HP Primal Groudon-EX, who like a Mega Evolution evolves from Groudon-EX. Under its pre-evolution image it says “Primal Reversion,” matching the video games mechanic. Most notably, Primal Groudon-EX features some sort of Ability or new type of mechanic named “Ω Barrier” which reads, “Whenever your opponent plays a Trainer card (excluding Pokemon Tools and Stadium cards), prevent all effect of that card done to this Pokemon.” The Groudon card in this product is a jumbo, but it will likely be released in a normal size in our February set or through some other release. 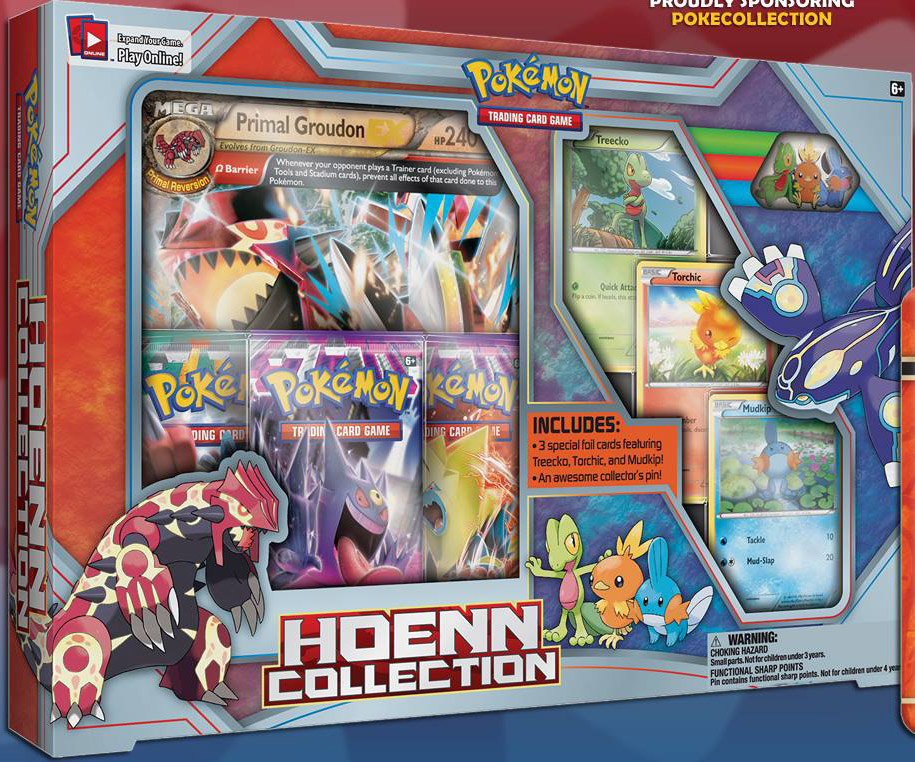