Update: Pokemon.com has removed the screenshot of Diancie’s Pokedex entry below and all information regarding Carbink. It seems they may have released the info earlier than intended.

The official English website has revealed Diancie along with new information about its relationship to Carbink. As we confirmed a few months ago, it is not Carbink’s evolution. Diancie’s ability is Clear Body. You can see shiny Diancie in the first screenshot below. Its diamonds are darker pink.

Diancie is an extremely rare Pokémon, created when Carbink undergoes a strange mutation. Its glittering pink body is said to be the most beautiful sight in the world.

Groups of Carbink tend to gather around Diancie, but Diancie pays them little heed and acts only according to its own will.

Diancie can create diamonds out of thin air by compressing the carbon in the atmosphere with its hands. It uses these jewels in battle to attack enemies and protect itself. 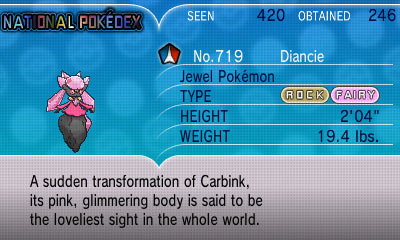 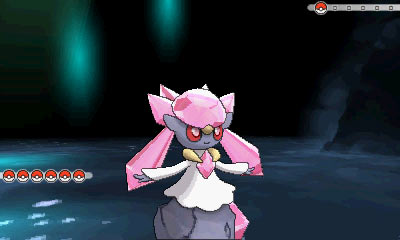 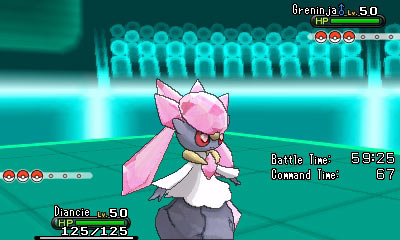 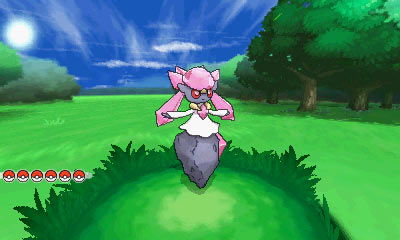 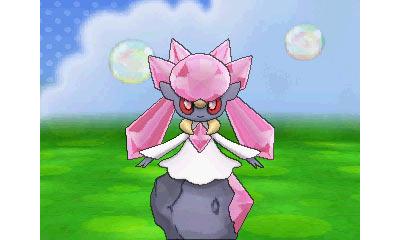 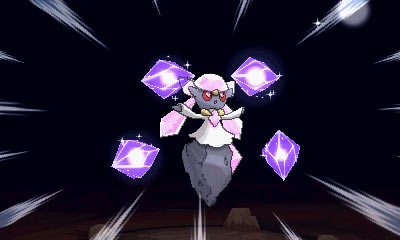